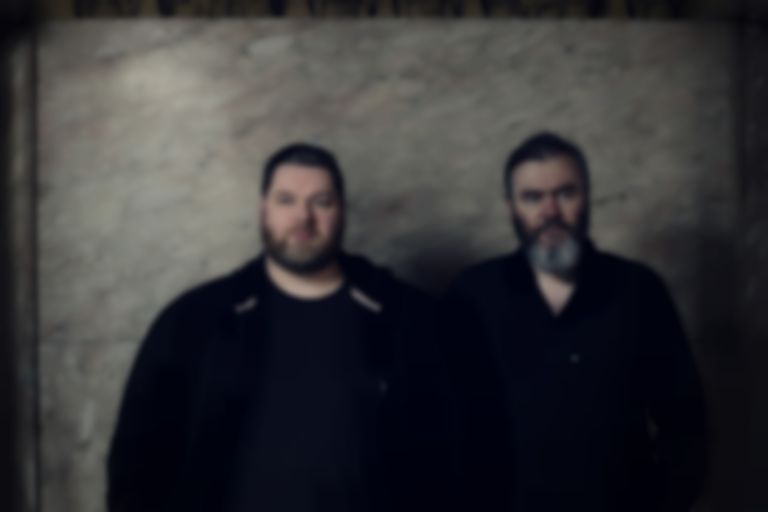 First single "Cockcrow" features Siobhan Wilson and previews the duo's 10-track collection. Moffat says the lyrics, which follow "two old flames... [enjoying] hen and stag parties in Blackpool", are inspired by "an article I read about mothers who abandon their families, and how that still remains a pretty taboo subject in our times. When marriages break down, it’s almost always the man who leaves."

Paul Fegan, who directs the visuals for "Cockcrow", previously worked with Moffat on 2016 film Where You're Meant To Be.

Hubbert and Moffat will be joined by Wilson and former Arab Strap drummer David Jeans on a UK tour in May. Find out the full dates.

The new music from Hubbert follows his Recovery EPs and 2016's stunning Telling The Trees. Moffat spent lots of 2016 and 2017 touring as part of a revived Arab Strap (the reunion also included a remix of "The First Big Weekend").

Here Lies The Body is out 11 May via Rock Action. Pre-order now.