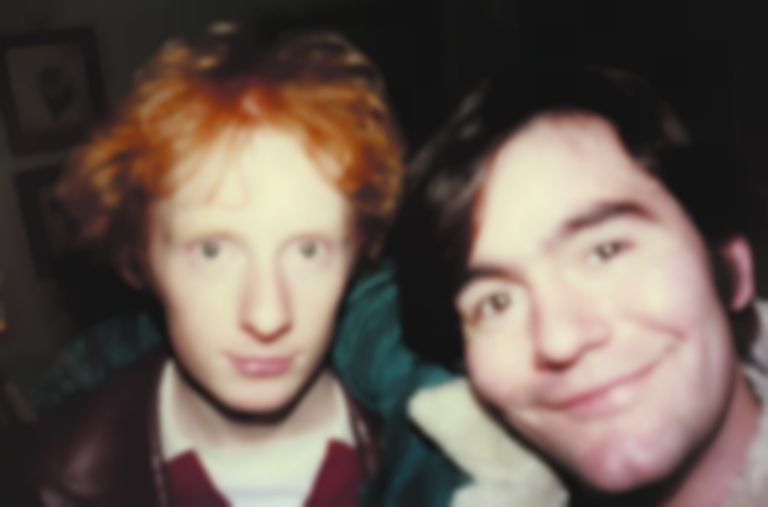 Malcolm Middleton and Aidan Moffat are reforming Arab Strap - there are new shows, and a stellar new remix of "The First Big Weekend".

Earlier this week the cult duo teased their return with a new website: arabstrap.scot.

Arab Strap will be celebrating their 20th anniversary, and a decade since their split, with three new shows in October and a brand new remix of their track "The First Big Weekend".

Speaking about the decision to return, Middleton says: “I think the day we went to the pub and split up, we made a joke about Arab Strap getting back together in 10 years' time to celebrate. So that's basically what this is: a chance to enjoy the music we made once more.”

“Also,” adds Moffat, “we wanted to celebrate it while we're still relatively young and don't look too embarrassing on the stage.”

The Miaoux Miaoux remix is a pulsing, throbbing edit with a jolt of fresh energy - the Glasgow-based producer has turned the tune inside out. The remix is out 16 June.

Middleton recalls making the original: “We'd already finished our first album [The Week Never Starts Round Here, 1996] and Chemikal asked us to record an extra song, to 'test the water'. This was that.”

“There wasn't really a great deal of writing to it,” continues Moffat. “Just a guitar part and a beat on a borrowed drum machine. I didn't have any lyrics left, so I typed out what we'd done the previous weekend. We ran through it once at Malcolm's mum's house in the morning, and by teatime we'd finished it in the studio. [Miaoux Miaoux's remix is] great fun – it's probably how it should have sounded the first time. We knew we couldn't really do much to the song because the story has to stay intact, and by extension the arrangement, but we wanted to give it more of a thump and modernise it a bit.”

A playlist called Hello Again From Arab Strap will stream on 16 June. A press release answers what we're all asking: "there's no talk of new Arab Strap material or future plans."