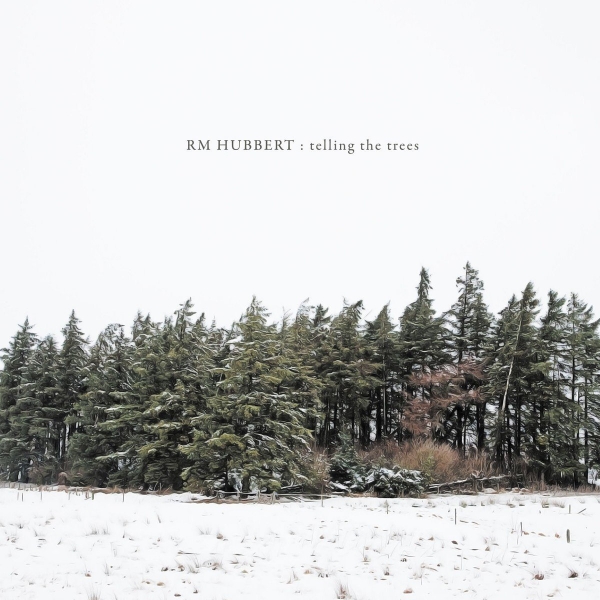 ​Music for music’s sake is quite agreeable enough but Hubbert is making music compulsively, as therapy. The mission behind the music adds a rich purpose that will mean much, to many.

I recall the first time I caught sight of the man, a year or more back: A heartfelt “thanks!’ flows out of RM Hubbert as he looks out over the Summerhall crowd in Edinburgh. Not the kind of disingenuous gratitude that you often hear paraded by bands. You know the kind of thing... ‘Thank you, place name!’ normally followed with ‘we love you!’. After an opening ten minutes that consists of delicate guitar instrumentals, alongside jovial spoken interludes - a warm welcome with a smile and a joke for all - Hubbert continues... “thanks guys, this is my therapy and that’ll be me now for a week or so”. We feel this 'thanks’ to be genuine from it's context. Hubbert alludes on stage to having suffered from depression since around the age of fifteen - some twenty five years or so. He explains to us how it’s effected him and his relationships, rendering him 'intolerable’ to those closest to him. It's a levelling factor, to think Hubbert is every bit as appreciative to see us, as we are to be submersed in his flamenco string twerks and body slaps. Hence why those engrossed with his music refer to the man affectionately as 'Hubby' -  a nickname like those issued to friends more often than artists.

This is all we need to know, to understand why the collaborative style that Hubby employs, is the area in which he thrives most. Each track on Telling The Trees is an exploration of a new creative relationship. Eleven different audio artists form ideas, take chances and augment the backbone of a record which at its core, is Hubbert all over. Telling The Trees is entrenched in Hubby's West Coast Scotland surroundings - the beauty and serenity but also the weather beaten isolation. His guitar sings as if he were the flamenco player on board a Spanish Armada vessel, shipwrecked on the Isle of Arran, never to be rescued, acclimatising to his new surroundings. Flashes of electronic generated ambience decorate the periphery of the mostly organic record - like light pollution encroaching on the countryside, similar to the Glasgow city lights from under which Hubbert first came to our attention.

It's within the confines of that humble home, where one of the greatest collaborations on the record is born. Bouncing ideas off Glasgow based Anneke Kampman of Conquering Animal Sound, they have created a claustrophobic and introspective monster in "Self-Portrait In A Convex Mirror". Kampman seamlessly takes to Hubby's sound and soars with it, like an extension to what would have been possible if he'd made the track on his own. It's those that are able to empathise well with Hubby, that stand out as the collaborations with most clarity. Multimedia artist, Sarah J. Stanley adds a destructive narrative to "Probably Will / Probably Do", creating a softly spoken song with a powerful punch behind it. Adding international flair, Eleanor Friedberger is entrusted to close the album with "Chelsea Midnight" but physical distance does not present any problem in conveying their message of heartbreak to us.

Hubby collaborates and here he is far from intolerable. It's within music that he's able to relate with people and us with him. In return, the man feels it's important to talk about a subject which is transitioning from taboo, to something that we all know we must be more open about. It takes genuine guts to be a pioneer in the way that RM Hubbert is doing for mental health issues - to stand up in front of folk and talk from experience and to make these records, so affected by the issue. There's no doubt however, that whilst being socially responsible to do so, it's also improved his music in giving it heartfelt purpose and bravery, in addition to his already established arsenal of talents.