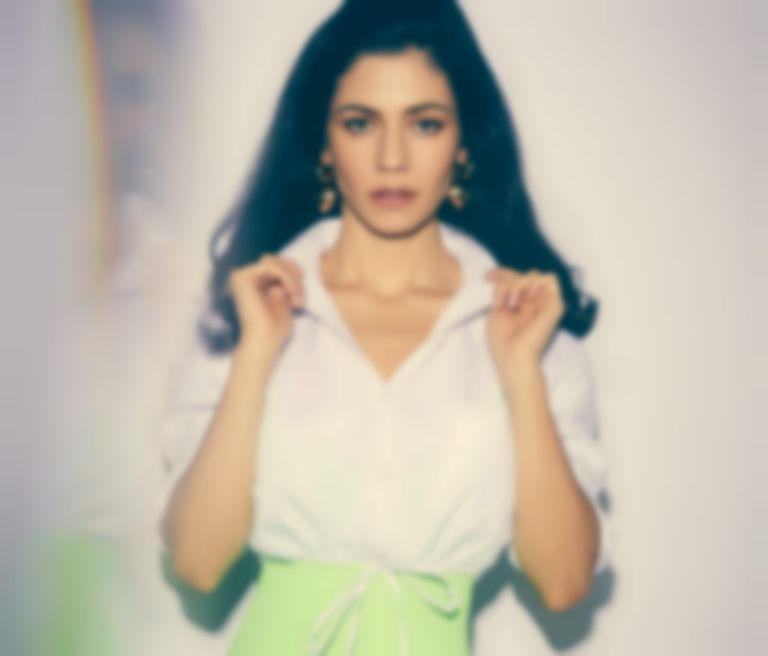 Diamandis has been teasing fans with new music for a while now, sharing a snippet via Instagram back in December. The brief clip, captioned "Enjoy Your Life" shows Diamandis jamming to an unreleased track that we imagine is due to follow today's release.

"Handmade Heaven" is classic Marina; her deliberate lyrics front and centre, backed by tinkling piano and simple, punchy electronics. It's a natural progression from storytelling third album FROOT, and a far cry from Electra Heart's shameless power-pop. She may have dropped "the Diamonds", but this new incarnation doesn't see her sparkling any less brightly.

Diamandis has also just revealed the accompanying visuals, which is directed by the legendary Sophie Muller, who has created videos for the likes of Beyoncé, Kylie Minogue, Sugababes, Björk, Radiohead, and many more.

A brief red carpet chat with Popbuzz suggested "Handmade Heaven" was originally due for release last month. Although it's a little behind schedule there's still much to look forward to from Diamandis, who promised to reveal more about the concept behind her forthcoming fourth studio album in April.

"Handmade Heaven" is Diamandis' first solo release since 2015's FROOT (excepting that stunning Cyndi Lauper cover), though in the meantime the Greek-Welsh singer has leant her distinctive vocals to not one but two tracks with chart-toppers Clean Bandit – most recently the aforementioned "Baby", but also beloved fan favourite "Disconnect".

"Handmade Heaven" is out now.