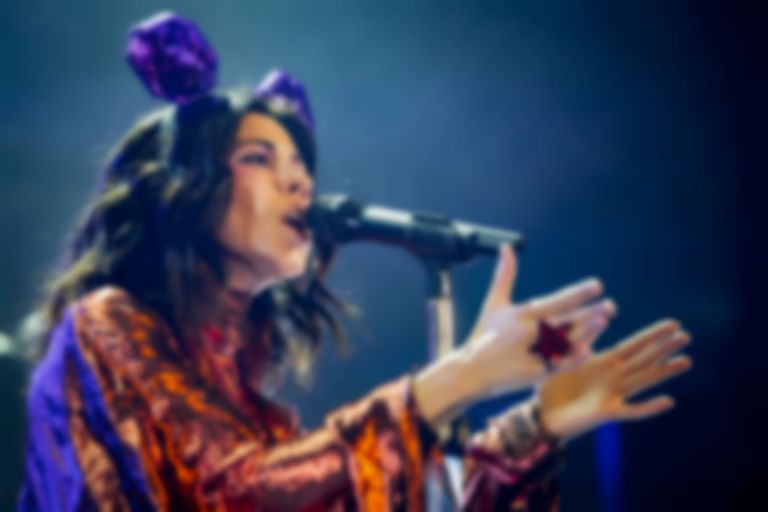 Marina Diamandis has shared a snippet of new track "Enjoy Your Life" on socials, ahead of a new single arriving in January.

It's been three years since Diamandis' third record FROOT. Having teased her new album and single in a recent interview with Popbuzz, Diamandis has finally given fans a taste of what's to come in the new year.

As well as sharing the clip of a new track, Diamandis shared with her followers that she's "in the middle of mixing my record & I am so, so ready."

I’m in the middle of mixing my record & I am so, so ready. cannot. DESCRIBE to you!
I feel so good about it & so happy and excited for you all to hear it. I’ve been working like crazy the past 2 months to get everything ready. It’s so hard not to tell you guys all the goss.

On Sunday Popbuzz managed to get a quick chat with Marina Diamandis on the red carpet of Capital FM's Jingle Bell Ball. She revealed that a new single is expected to land in January, and her next album is scheduled to arrive a few months later.

Over the past year Diamandis has only lent her vocals to Clean Bandit, on last year's "Disconnect", and this year's "Baby" featuring "Despacito" singer Luis Fonsi.