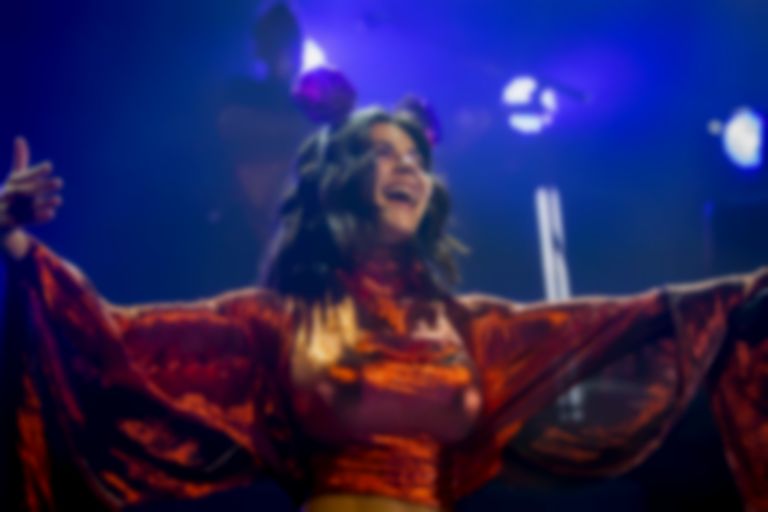 Marina Diamandis has given an update on her new music, and confirms a new single arriving in January, and her next album landing soon after.

Diamandis' fans have been waiting three years for her FROOT follow-up, and after teasing sporadic updates, the singer/songwriter has finally confirmed new music is on the way.

Over the past year Diamandis has only lent her vocals to Clean Bandit, on last year's "Disconnect", and this year's "Baby" featuring "Despacito" singer Luis Fonsi.

On Sunday Popbuzz managed to get a quick chat with Marina Diamandis on the red carpet of Capital FM's Jingle Bell Ball. She revealed that a new single is expected to land in January, and her next album is scheduled to drop a few months later, in April.

Expanding on the concept, Diamandis explained, "It's not really conceptual in ways like Electra Heart was but there is a looser... there is a concept in terms of how it's going to be released that you will find out in April."

.@MarinaDiamandis has confirmed she will release brand new music in January.

"There is a concept...that you will find out in April but I am going to release a new song in January" pic.twitter.com/iInN5XceqH

For 2015's FROOT Diamandis snowballed the momentum by releasing one track each month for six months.

Diamandis hasn't given away any clues as to how her next album will sound, but back in October she debuted a new collaboration with Broods called "Emotional Machine".