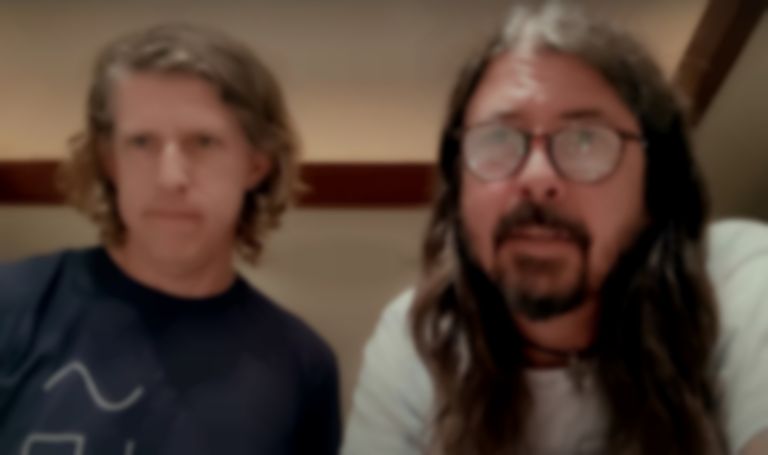 Dave Grohl has revealed that he and Grammy-winning producer Greg Kurstin have contributed to a new Miley Cyrus song.

In a new interview with Rolling Stone, rock legend Dave Grohl has revealed that he might appear on a new Miley Cyrus song after frequent collaborator Greg Kurstin asked him to "do a couple takes".

Speaking about Cyrus, Grohl said, "I do love that Miley is kind of fuckin’ becoming the next rock star."

He also revealed he might appear on an unreleased song from the star, "About a month and a half ago, I was going to Greg Kurstin’s studio to deliver him a snare drum for his kid, and he’s like, ‘Do you have five minutes? I’m trying to program drums on this new Miley Cyrus song, but I suck. Can you just, like, do a couple takes?’ So I think I’m on a new Miley Cyrus record!"

Back in July, Cyrus revealed she was working on her follow-up to last year's Plastic Hearts album "back home in Tennessee".

Although she hasn't released new music since covering part of Shampoo's 1995 track "Delicious" in the Gucci Flora Fantasy campaign advert in July, she is due to appear on Lil Nas X's debut album MONTERO this Friday (17 September).

Read the full interview with Dave Grohl on rollingstone.com.