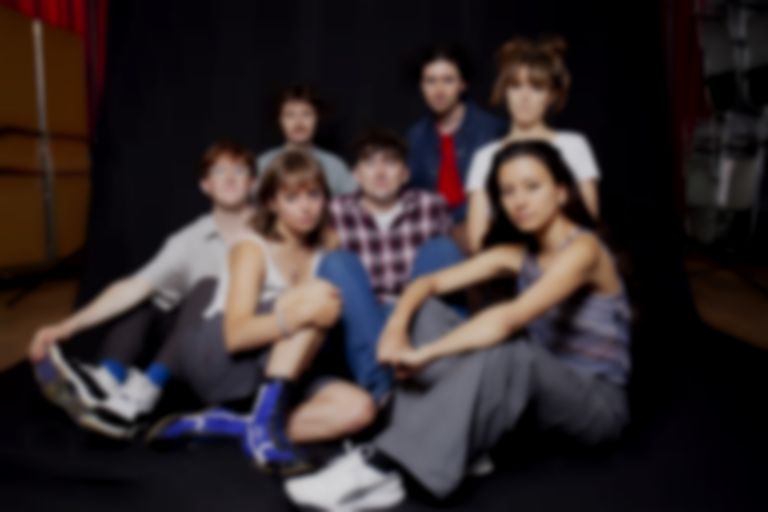 Black Country, New Road have delivered their first single of 2022, "Snow Globes", which arrives as the fourth preview of their Ants From Up There album that lands next month.

"Snow Globes" is the fourth track to be shared from the band's second album Ants From Up There, following last year's "Concorde", "Bread Song" and "Chaos Space Marine".

Drummer Charlie Wayne says of the track, ""Snow Globes" was one of the songs which had existed before we wrote the majority of the songs on AFUT. Though it’s a pretty good representation of the musical world we wanted to explore on the album at large. Rather than writing a song with a number of distinct sections we wanted to see what we could do with one continuous riff. It was a real exploration in trying to create something maximalist whilst limiting ourselves with minimal musical choices."

He adds, "Because the melodic instruments are all playing the riff in unison, "Snow Globes" left the drums with an interesting opportunity. The drums don’t sit separately from the rest of the band on "Snow Globes", but we wanted to use them in a way that we hadn’t in the past. The initial idea was to feel like the drums were recorded for a completely separate track. They were meant to be totally arrhythmic and just sort of bubble below the surface - like at the end of "White Ferrari". As the song progressed the drums still occupy a slightly different sound world, but because the rest of the band is playing in such a syncopated style, the drums were given a space to disregard rhythm and be completely expressive."

Ants From Up There will follow the group's Mercury Prize-nominated debut album For the first time, which landed in February last year. The new album was recorded at Chale Abbey Studios, Isle Of Wight, throughout summer with live engineer Sergio Maschetzko.

"Snow Globes" is out now. Black Country, New Road's Ants From Up There album will be released 4 February via Ninja Tune, and is available to pre-order now. They're due to play London's Roundhouse on 8 February. Tickets are on sale now.