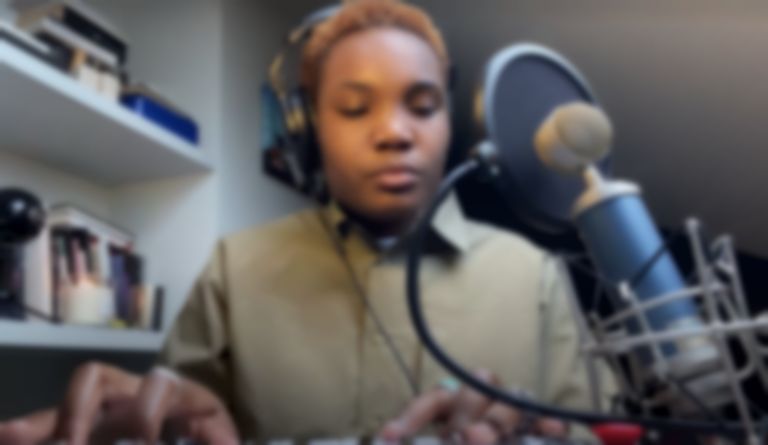 Arlo Parks has shared a cover of The xx's "VCR" track ahead of her debut album Collapsed In Sunbeams landing later this month.

After launching her Notes on Sunbeams hotline over the weekend where fans can leave her a message about songs that "have soundtracked important moments", Arlo Parks uploaded a cover of The xx's "VCR" track, which featured on their 2009 debut album xx.

The cover marks the start of Arlo Parks' lo-fi lounge cover series, which she wrote about on Instagram, "imma start covering some tunes that are saving me during lockdown."

Arlo Parks added of her "VCR" cover, "The xx’s first album has this specific sense of sweetness and simple romance - "VCR" is one of my favourite songs atm it makes me feel free some how."

Arlo Parks' cover was praised by The xx's Romy on Instagram. Romy wrote, "Beautiful! Thank you for choosing this song to cover, I love it!"

The latest taster of Collapsed In Sunbeams - "Caroline" - arrived in November last year, and will feature on Arlo Parks' debut album alongside "Green Eyes", "Hurt", "Black Dog" and "Eugene".

Her cover of The xx's "VCR" is on YouTube now. Arlo Parks' Collapsed In Sunbeams album will be released 29 January 2021 via Transgressive, and is available to pre-order now.