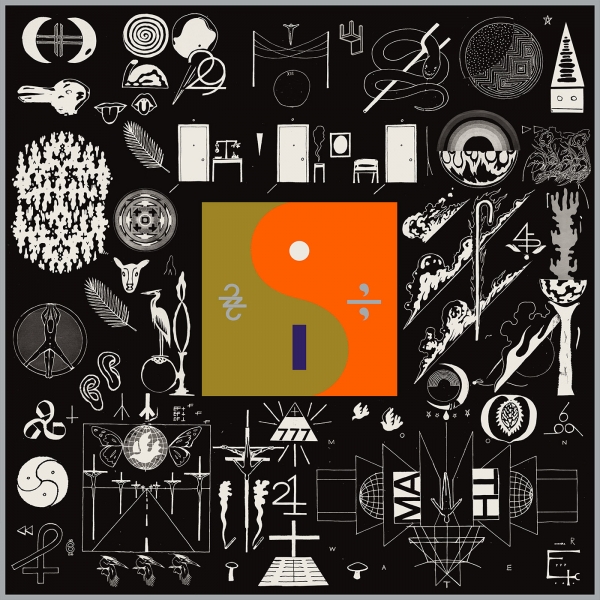 On 22, A Million, his third album under the Bon Iver title, Justin Vernon breaks ground on an innovative and exciting new music through the resolution of a life crisis.

It's a record that feels challenging only on the surface: hidden behind its cryptic exterior is a generous and rewarding collection of songs that represent one of the most cohesive and affecting musical undertakings produced in recent years. It's both selfish and generous: an entirely personal undertaking that only completes itself with the listener's complicity and comprehension.

Bon Iver was the first artist I ever found through the Internet. That act feels as significant now as the day a six-year-old me opened a wardrobe in my parent's bedroom to find an old turntable and a stack of 45s: The Beatles, The Stones, Elvis, Dylan. I remember it reasonably well, hearing those first bars of “Flume” on a low bitrate MP3 downloaded from a Blogspot or a Geocities ringing through crackly Asus speakers liberated from a workplace dumpster.

It feels so long ago now, much more than the decade it actually is. Who was this Bon Iver? I read with joy about how he took his name from a greeting uttered in an episode of Northern Exposure - and also his record label Chigliak Records, named for that show's MVP Ed Chigliak. I'd grown up with Northern Exposure as a window to an absurd, tragi-comic wilderness that offered the perfect escape from the isolation of a northern England town.

The genesis lore of Justin Vernon was such a hook back then. The lone troubadour: heartbroken, sick and in retreat to a log cabin where he cuts a bunch of songs dripping in loss and regret. It's easy to forget the solemnity and legitimacy of Vernon's act in an era where anything close to a Waldenesque act is met with ridicule. "It’s created its own enigma, it’s created its own path, and I can enjoy it for what it is," Vernon told Best Fit back in 2008, talking about that experience.

I was living in South America when Vernon came to the UK to play shows in support of his first record For Emma, Forever Ago. I passed over the Tropic of Capricorn in a bus near to the Argentinian city of San Salvador de Jujuy with “Stacks” in my ears and a rum soaked Valium lulling me to sleep through the long, cramped coach trips. For months the record was fixed point in my life as I moved around the continent - through Bolivia to Peru and towards the Caribbean coast of Colombia. Its solitude resonated as only a record made in a log cabin could with someone who quits the UK for an aimless wander 5,000 miles away. It was a shameless mirror of sorts to a ridiculous first world escape.

I longed for space and For Emma, Forever Ago is a record dominated by it. Songs are defined by just how much or little exists in the gaps around Vernon's voice and guitar, creating a very lonely record: one solitary figure alone feeding off the circumstances that brought him to that point. Ill health, a breakup of a band, a failed relationship. I was fascinated by the decision to turn that situation around and not succumb to the kind of inertia I knew too well.

I read about the illness that led up to Vernon's self-imposed isolation. Working 40-hour weeks as dishwasher in the months before he contracted pneumonia and glandular fever, he said, "every moment I was in there I felt I was defacing my destiny or something. Like I was disrupting the time-space continuum by being in that kitchen because I was so out of place. I wasn't doing anything with my hands that I wanted to be doing." I could relate in my own perverse way. I'd spent almost seven years in accidental careers until one day something gave. Instead of collapsing, imploding, burning as I'd done too many times before, I just fled. 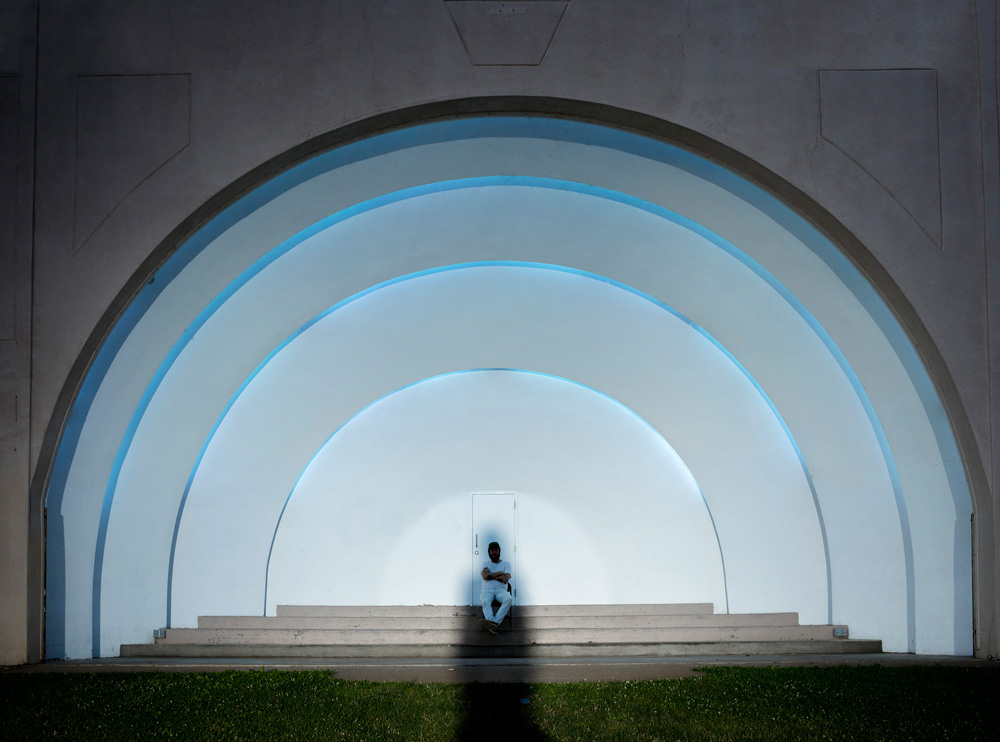 Returning from my self-imposed exile 18 months later, I found a new found balance back in London. I began writing about music again in a way that felt meaningful to me at least. I found a side career in photography and filmmaking. I flourished for a while until things fell apart again as they often do. When Bon Iver, Bon Iver was released in 2011, I was in the throes of the second big breakdown of my life: another doomed relationship, anxiety and depression so bad I nursed a bottle of vodka in my room most nights. Vernon's second record was lighter but felt more profound to me at that point. Initially I sniffed at the fleshed out, full band that Bon Iver had become. Vernon was at pains to stress the separation between himself, the individual and Bon Iver, the band. The album's ten songs, which were mostly references to cities and towns that had meaning to Vernon, was an alluring motif for me.

"We have these intense relationships with our places, and that's loosely what the record is draped over," he told The Guardian that summer. "I could go on and on and on about how we use the word 'place' in so many different ways... About how somebody might ask you 'Where you at?' And they're not asking where are you sitting, where are you living, they're asking: 'How are you doing?'"

That record's first single "Calgary" became a defining song of 2011, carrying me into drunken joys, narcotic highs and soundtracking each and every fall. It is a song that works because Vernon understands how his voice can both match and transcend tempo. There's something desperate, sad and euphoric about it, a description that stands just as well for the whole of Bon Iver, Bon Iver. 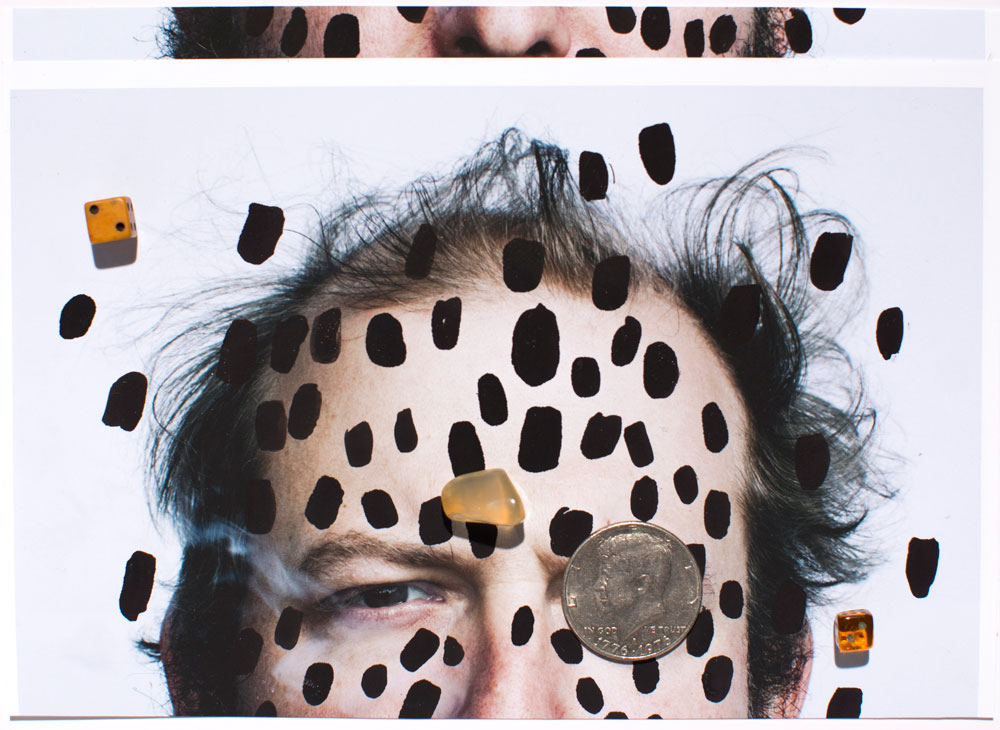 The Bon Iver of 2016 sounds exactly like I wanted the Bon Iver of 2016 to sound but I'm still struggling to believe Vernon pulled 22, A Million off. I come to it with more than fifteen years of anxiety and recovery behind me - sadly more cyclical than linear – but for the first time those elements spectacularly illuminate the listening experience. It feels very much a product of those first two records but offers a more grown up comfort than either of them were able to.

It's Justin Vernon's Dark Twisted Fantasy. Kanye West's crowning moment was a riff on the fallout of masculinity, fame and talent, a record rich with the anxiety of a performer desperate to create a legacy and the fear of failure. 22, A Million scratches that itch from an entirely different perspective. It feels like the pinnacle of Vernon's quest to reconcile the organic with the synthetic. To pull together the disparity between that log cabin life and the world of the Ace Hotel, of a million fans, of record labels and tours and interviews. Of technology - its limitations and possibilities. Of the inevitability of illness and death and its shadow over beauty, creation, interaction.

It’s a Jackson Pollack of a record rather than a Michelangelo - not so much a work of art but an artistic working through. Vernon's longtime friend and former bandmate Trevor Hagen has written of the personal crisis that Vernon endured and pushed into 22, A Million: "This spectacular upheaval of life after these albums provoked an inner storm, a mental sickness of anxiety for Justin. Of course it did. The dream had taken on its own life. It all came to a head on an empty Atlantic beach. I bore witness to my best friend crying in my arms, lost in a world of confusion and removal. Justin could barely even talk."

"I think it’s that thing of wanting to bash things apart a little bit, and to break through some stuff," Vernon said at a recent press conference. "It needed it to sound a little radical for me to feel good about putting something out in the world."

That upheavel, which Vernon places at the core of 22, A Million, could have easily been its thick, over-cryptic crust but even in his more fractured and abstract moments there's always a sense of the familiar. It's a grounding technique and one necessary to avoid alienating the listener. Vernon scatters trademark snatches of what we know and love and then blows them apart. Not just the grand, heartbreaking moments of Bon Iver, Bon Iver or the stark clipped spaces of For Emma, Forever Ago but his contribution to the smoother corners of Gayngs and Volcano Choir too.

The record is (surprisingly) relatively linear and clocks in a fast 35 minutes. This brevity bleeds tracks together which may have been a conscious decision - it certainly adds more urgency to the record and greater weight to its conclusion. The siren loop that winds behind opener “22 (OVER S∞∞N)”, threatening to break apart at any moment, and the crackle around the space that can’t quite contain Vernon's voice are elements that set up much of the record thematically and musically. “It might be over soon,” he echoes over Mahalia Jackson sample. It’s a terrifying simple conceit: a warning and a fear as much as a realisation.

I spent a long time with the lyrics to the record and they read like familiar friends; the fragments of notes I would make in the depths of anxiety and despair to try and reflect, relate and comprehend the moment. The task of assembling such things into a public-facing work is nigh on Herculean but Vernon succeeds even when the execution verges on the foggy and obscure. He is at times self-referential which perhaps reinforces meaning and ties the record to a career narrative. In “33 ‘God’” he takes a swipe at the guts of Bon Iver, Bon Iver, asserting “​these will just be places to me now” while ​“10 d E A T h b R E a s T ⚄ ⚄ “ appears to play off that record’s “Beth/Rest” offering up the desperate line​ “I been sleeping in a stable, mate” against that song’s “I ainʼt living in the dark no more”.

He’s still capable of moments of absolute beauty. “666 ʇ” tackles Vernon’s obsessions with numbers on the record head on - “​6’s hang in the Door / what kind of shit to ignore”. As a mid-way point, it’s melodically relieving and a candle in the dark that hints at the resolution to come.

The album's final tracks offers up something akin to an acceptance. “____45_____” is a song led Vernon's voice, mostly free of effects, and a brass section pushed through a sampler, trapped and struggling to keep up. In the end just an echoey, clear banjo line rings out into the warm album closer “00000 Million”. That song nestles like a hibernating animal, resigned to the inevitability of the moment but accepting the comfort in that. Predicated on a sample from Fionn Regan’s “Abacus”, Vernon finally realises “the days have no numbers” and that mystical enlightenment is undercut by the practicalities of life - it “aint gonna buy the groceries”, he shrugs.

It’s the voice of someone finding a way to keep the peace while the battle’s still being fought - and that's a battle so many of us are intimately familiar with.