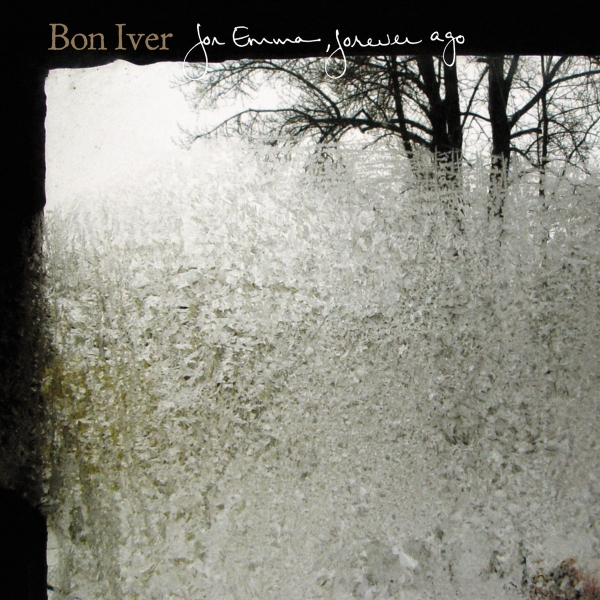 Justin Vernon’s new musical project is the sound of creaking ghosts and broken memories in the dead of winter: nature’s own reminder to our ultimate frailty.

It's with a sly wink then that Vernon's nom de plume, pronounced bohn eevair, (French for "good winter" and spelled wrong on purpose), points towards the hope of spring even in the throes of an emotional winter.

The former DaYarmond Edison, Rosebuds, and Ticonderoga bandmate knows a little about life's uncertainty. In 2005, his former band DeYarmond Edison moved from Eau Claire, Wisconsin, to North Carolina. As the folk rock band matured the members split into various artistic directions. They eventually disbanded and formed Megafun. Vernon, who also worked with the Rosebuds and Ticonderoga returned to Wisconsin in a mystifying tailspin. Not knowing what to do next in his life he isolated himself in his father's remote cabin for four snowy months.

Magical tales of Icy climes all make for a very beguiling press release but Bon Iver's debut album surprises in a sweetly subtle way. Its minimal spaces are filled with rattle bone guitars ('Flume'), Vernon turning himself into a Gregorian chant group ('Lump Sum'), and little horn flourishes ('For Emma') that creep into your ears, hibernating in the intractable permafrost. It's akin to the emotional unraveling of walking in a snowy field with the smell of the past melting away â€“ you remember the darkness but you can taste the spring.

With that it seems like a perfect time for Jagjaguwar to re-release Bon Iver's debut, For Emma, Forever Ago. There's much to like about this ruminative debut but the true starting point will always be the entrancing "Skinny Love". Its earnest and desperate chorus has Vernon's swelling falsetto blisters with emotion as he sings one of the top singles of 2008: "I told you to be patient / I told you to be fine / I told you to be balanced / I told you to be kind / In the morning I'll be with you  / But it will be a different 'kind' / I'll be holding all the tickets / And you'll be owning all the fines"

The broken love tale is devastatingly successful, to say the least. Others have noted that Vernon's vocal timbre points towards the straining falsetto owned by TV on the Radio's Tunde Adebimpe. That's not too far off at all on tracks like "Creature Fear", lyrics are minimal and chanted over trudging bass. Their obstinate lack of clear meaning adds to the disorienting hazy theme of post-love: "Teased by your blouse / spit out by your mouth / I was loud by your lowered / Seminary sold."

With Vernon's crystallized lyricism (think Will Oldham), For Emma, Forever Ago wafts over your like incense, instead of dropping to the floor with heavy-handed sentiment. Closely miced, and used as a true instrument, it has the power to send shivers down your spine with its raw naturalism. Though Vernon's voice is quite the attention grabber, the subtle flourishes he does with his rattle bone guitar on "Flume". Christy Smith of Raleigh's Nola contributes drums and flute to that song's coda and Boston-based musicians John DeHaven and Randy Pingrey append horns to For Emma.

"The Wolves (Act I And II)" draws those Adebimpe comparisons with a Sharpie as the song snowballs into its popcorn percussion and single-syllable closing. I've never been a fan of overused vocal effects (insert obligatory Imogen Heap joke here) it is used to great effect here as Vernon's voice becomes a bleating horn. The creepy double-tracking of the last few lines will haunt you.

"Blindsided" may not haunt you but it picks up the pace of the album considerably. It's sensualist bent is warm and bleeds at the edges, exemplified by Vernon repeating the question, "Would you really rush out for me now?" Nature is closely tied as well to the last track ("Re:Stacks") as a man carries a stacks of something on his back with the foreboding crow watching "wiry legs crossed". It's a simple but exquisite image.

This is an album of incisive vignettes. Its pulsating heart can melt even the coldest of winters and extends past the meager means of its production. The last few lines of 'Re:Stacks' break down Vernon's modus apperandi as an artist and a human being: "This is not the sound of a new man or crispy realization / It's the sound of the unlocking and the lift away".