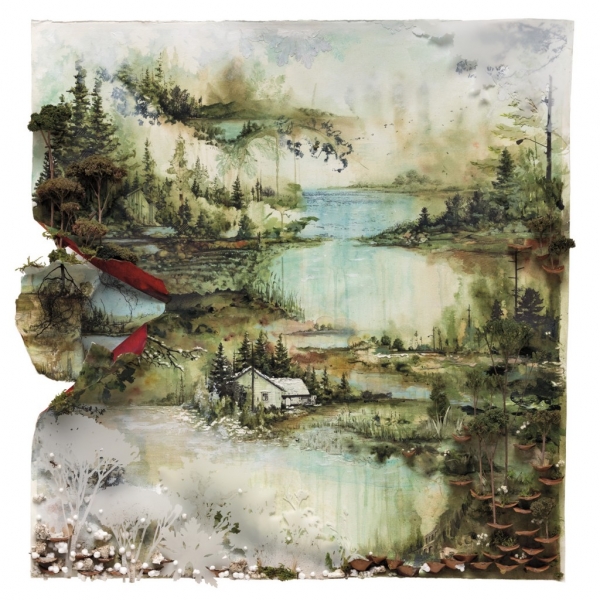 To stand out from the competition in the music biz, do not estimate the importance of the Back Story. Add a dimension of heartbreak, misery and madness to the creation of any half-decent record, and watch the superlatives pile up.

Sometimes, the circumstances surrounding the recording can overtake the actual music. Take Bon Iver’s 2008 debut, for example: taped in a remote log cabin where Justin Vernon – at that point the sole member of this loose assembly of musicians – had retreated to get his head together after a painful relationship meltdown, commentators wasted no time in hearing snowbound lonesomeness, acute heartache and other ingredients of the Classic Break-Up Album amidst songs that, the odd highlight aside, were cryptic enough to be about anything or nothing, the knowledge that its author had gone through some heavy shit turning the album into a bona fide modern classic whilst many equally accomplished indie folk offerings gathered dust.

Granted, this isn’t a popular position: to not fully recognise the transcendental beauty of For Emma, Forever Ago tends to initiate you into a club as selective in its appeal as a convention for those who really, truly believe Elvis is an alien and alive. So I’d best admit it. I came here to brandish this self-titled second album – a loosely themed collection of odes to places Vernon’s journeys have taken him – as conclusive evidence that whilst Justin Vernon has a great voice and an undeniable gift for crafting a tune, Bon Iver really just. isn’t. that. special.

A brief exposure to the opener ‘Perth’ later, that plot’s down the toilet. An otherworldly congregation of gently rippling guitars, military drum beats, horn riffs on the lam from Sufjan Stevens’ Illinoise and a bunch of multi-tracked Vernons cooing like a chorus of bearded angels, it’s resistance-battering stuff. And it’s not even the best cut: that honour goes to the softly soaring ‘Holocene’, house as it does Vernon’s most indelibly graceful melody so far, amplified by an enchanting mood of the type of bleary-eyed bafflement that accompanies solitary stocktaking at around 4am after a night that may have gone on for a few hours too many. The fact that the lyrics are often indecipherable and the inspirations for the songs remain a mystery doesn’t matter. At its best, Bon Iver creates an arresting atmosphere that doesn’t require any knowledge of Vernon’s biography to shine.

Whilst still not a globe-shaking masterpiece (the album sags slightly in the middle), Bon Iver’s a remarkably fresh-sounding album that’s much too busy constructing heartfelt tributes to John Martyn’s silky smooth sound circa Grace and Danger (the wounded closer ‘Beth/Rest’) and simultaneously downcast and euphoric charmers (‘Calgary’) to venture anywhere near the profoundly conservative solitary troubadour with an acoustic guitar and woe in his heart template For Emma, Forever Ago was built on.

This might come as a huge disappointment to those believing the debut to be a work of genius. To this sceptic, however, the decision to expand Bon Iver into a full working band with the addition of, amongst more usual suspects, wailing pedal steel and gently parping sax is a real eye-opener, the band’s fervent categorisation-dodging comparable only to Iron & Wine’s journey from a solo folkie to a big band in its determination to confound expectations.