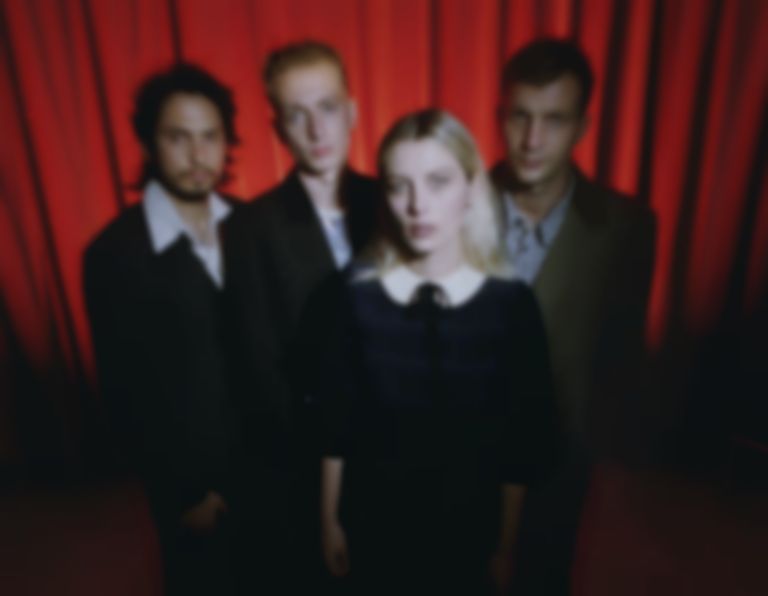 Ahead of their highly-anticipated third album Blue Weekend arriving tomorrow (4 June), Wolf Alice have announced the premiere of the album's accompanying short film, which will also feature acoustic performances before the screenings.

Tomorrow (4 June) Wolf Alice's Blue Weekend album will arrive in full, and later today (3 June) a final preview of the record in the form of "How Can I Make It Ok?" will be released as Annie Mac's Hottest Record in the World, following previous singles "No Hard Feelings", "Smile" and "The Last Man On Earth".

After launching a new Blue Weekend hair dye in collaboration with Bleach London yesterday (2 June), the group have announced the premiere of a short film to accompany their album.

The Blue Weekend short film is directed by Jordan Hemingway, and will be premiered next Friday (10 June) at Picturehouse Central in Soho with two screenings, one at 6:30pm BST, and the second at 8:45pm. Wolf Alice will also perform an acoustic set before each screening.

This was an amazing experience and we really hope you enjoy it as much as we do. Thank you to our incredible team. BLUE WEEKEND will be screened for the first time on Thursday 10th of June at Picturehouse Central and we’ll also be playing an acoustic show.

"How Can I Make It Ok" will be released at 6pm BST today (3 June). Wolf Alice's Blue Weekend album lands via Dirty Hit tomorrow (4 June), and is available to pre-order now.