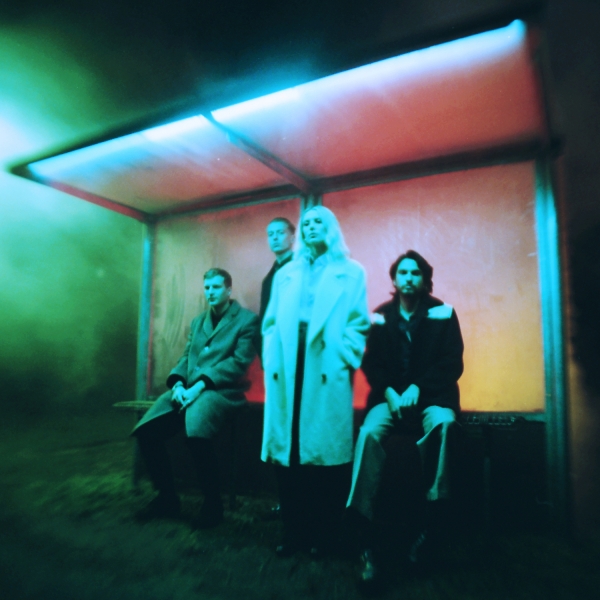 Of the mid 2010s British indie band bubble, there’s always been something that’s kept Wolf Alice apart form the crowd. It’s unquestionable they’ve exuded an air of cool - their journey has predominantly been based around seizing the day - but they’ve always been consistent in offering so much more; a humanity.

They’ve also been a band ardently following their whims - never giving into the hype that enveloped them on their 2015 debut My Love Is Cool, nor its 2017 follow up Visions of a Life - both doggedly determined in building the Londoners stake in this fickle world. Similarly, where Visions magnified My Love Is Cool’s blueprint, Blue Weekend is Wolf Alice meticulously taking things further, creating a sizeable, cohesive exposé of reality.

Returning earlier this year with “The Last Man On Earth” - a wandering, psyche-tinged, piano-led lament to human arrogance - its great expanse certainly hinted to a brand new chapter from the four-piece. While it was by no means the harsh, roundhouse kick return of Vision’s "Yuk Foo”, it more importantly showed intention. One that promised to bring something grander, and potentially even more ‘Wolf Alice’, than ever before.

Blue Weekend is exactly that. Explaining in interviews throughout the promotion that recording Blue Weekend felt more arduous than the “difficult second album” cliche, it does indeed feel like Wolf Alice have been tugging and pulling at knots until they’ve loosened, revealing a perfectly interlaced balance of momentum and marvel.

Bookending the album, the hopeful, ambitious build of “The Beach” and the tides of life acceptance of “The Beach II” respectively, surround like a secret Cornish cove. The sweeping tide of Blue Weekend comes carrying you gently to a far more mystical place; one that dabbles in the experiences of life, love, and loss, along with the sounds they’ve been playing around with embracing a coalition of style and substance.

No cut proves this stronger than the early appearance of standout “Delicious Things”. Powerfully luscious harmonies layer, with vocalist and guitarist Ellie Rowsell surrounding herself as she sings starry-eyed about being “a girl like me / would you believe / in Los Angeles”, and the untoward moments that can seep into that charm, bursting the bubble of “feeling like Marilyn Monroe”. Soaked in enchanting melodies, the underlying predatory element hidden in its verses, with Rowsell going from embracing, naive and soaring to the hushed whisper, unfurls with the flickering projector focusing upon reality.

Undoubtedly, Wolf Alice have always been most arresting when unhinged and empowering. “Smile”, and its weaving of Rowsell owning her sensitivity while subverting the cliche misogynistic “smile sweetheart” trope, as the buzzsaw bass of Theo Ellis keeps a steadfast gravity. The frenzied, ‘afters we’ve all been too’ element of “Play The Greatest Hits”, with people “moving in circles while taking straight white lines”, and “swaying in the kitchen / to all the greatest hits” brings a frenetic energy that bolts like lightning, sharply stinging the surrounding songs.

Blue Weekend’s delicate nature also holds a majesty. The soaring lament of “How Can I Make It OK”, or delicate brick-by-brick fortress building “Safe From Heartbreak (If You Never Fall In Love)”, even the colliding sounds falling in upon the reverberant spaces of “Feeling Myself” offer an understated air that offer a wisdom as much as warm embrace. It’s within these reserved moments, exposing the barest bones of Rowsell, that “The Last Man On Earth” finds its place. It’s ascribed as the most pivotal part of the puzzle - tying the journey together, colliding the sparse with the momentum, ready for “No Hard Feelings” and “The Beach II” to succumb to the ebbing tide.

Truly establishing themselves as the bright possibilites of guitar music, and blurring lines along with setting new ones out, ultimately with Blue Weekend, Wolf Alice continue to be the very essence of what is to be a band while also remaining - more importantly - human.