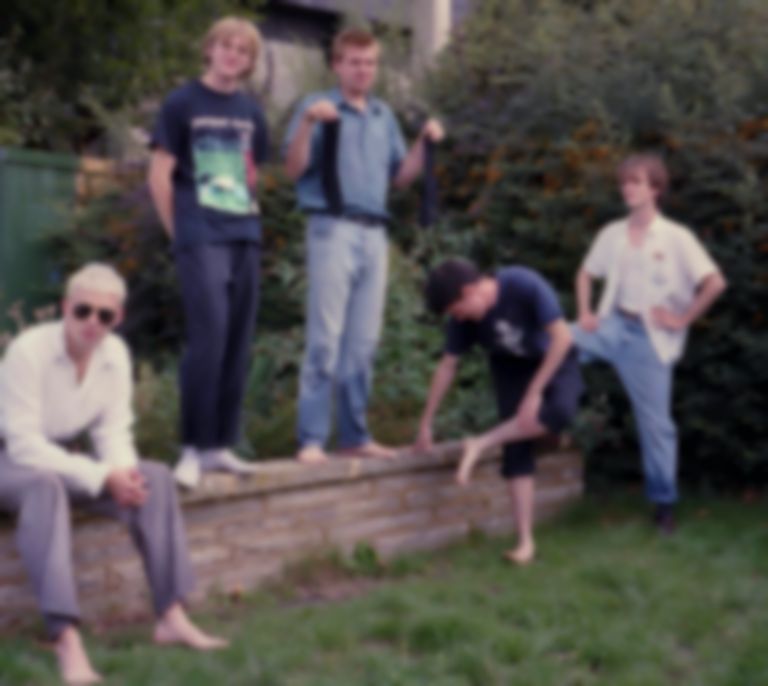 Shame are back with their first outing of 2021 - "Nigel Hitter" - the latest preview of their upcoming second album Drunk Tank Pink.

"Nigel Hitter" arrives after last month's "Snow Day", and will feature on Drunk Tank Pink alongside "Water in the Well" and "Alphabet".

Frontman Charlie Steen says of their latest release, ""Nigel Hitter" is one of the vital organs of Drunk Tank Pink. A necessary pulse. Focused on daily routine, repetition, and how extraordinary any ordinary task seemed to me after coming home from touring. A world of percussion and joy lies within."

Steen wrote songs for the album from a tiny room he calls 'the womb' (it's painted pink), and tackled topics including the impact the band has had on his mental health, identity crisis and more. He says, "The common theme when I was catching up with my mates was this identity crisis everyone was having. No one knows what the fuck is going on."

Steen says of the LP, "You become very aware of yourself and when all of the music stops, you’re left with the silence, and that silence is a lot of what this record is about."

"Nigel Hitter" is out now. Shame's Drunk Tank Pink album will be released via Dead Oceans on 15 January 2021, and is available to pre-order now. They'll play a Live From Rough Trade livestream show on 14 January 2021. Find out more.