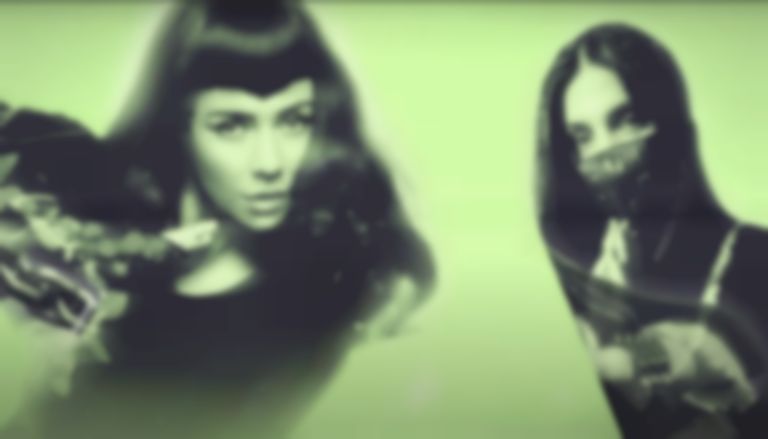 MARINA has joined forces with Pussy Riot on an updated version of her latest single "Purge The Poison".

"Purge The Poison" was released last month alongside news of MARINA's fifth album Ancient Dreams In A Modern Land, and today MARINA has unveiled a new version of the track featuring a new verse from Pussy Riot’s Nadya Tolokonnikova.

Tolokonnikova says of the remix, "Political pop has always been my dream genre. Catchy and contagious, "Purge The Poison" is an ear-worm, and it feeds your brain with the right questions and encourages you to think. I was blown away by this track, and it's my pleasure to be on "Purge"'s remix. In my part, I reflect on topics of sisterhood, female and queer power, matriarchy, Christianity and female sexuality."

Ancient Dreams In A Modern Land, which will follow her 2019 album LOVE + FEAR, will feature last year's "Man's World" single.

"Purge The Poison" featuring Pussy Riot is out now. MARINA's Ancient Dreams In A Modern Land album will be released 11 June, and is available to pre-order now.