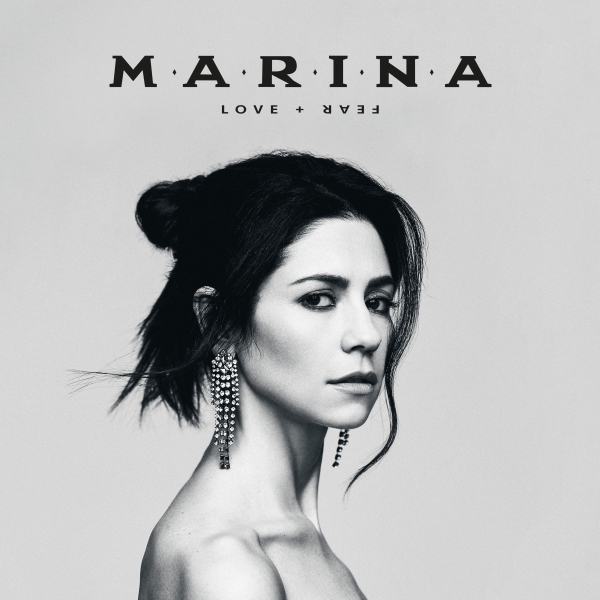 Without her Diamonds, MARINA is making bigger pop than ever before.

We were led to believe LOVE + FEAR would be MARINA’s most authentic album. She took away half of her stage name and appears standing naked on the cover, filtered black and white.

But without the characters she relied on in earlier albums, LOVE + FEAR lacks a little, well, character. The genuine nature she seems to be striving for shines through on tracks like lead single "Handmade Heaven" and "To Be Human", but it makes choices like the awkwardly stuffed-in Clean Bandit collaboration at track four stick out all the more uncomfortably.

That being said, most of the tackier refrains like “you don’t need nobody else when you are true to yourself” on "True" remain in the first half, as FEAR shows a genuine return to form. MARINA pulls back the curtain on the fear of love (duh) she’d demonstrated on cult favourite Electra Heart, and injects a healthy dose of the vulnerability we’d missed out on in the first half.

While her fourth record is effectively the stylistic opposite of her more treasured albums, it isn’t a complete turnaround in its essence. Signature Marina-isms like her razor sharp falsetto and ‘oh my god!’s on "Karma" mean she’s not too far from the Marina we came to love a decade ago.

On LOVE + FEAR, Marina shoots for stripped-bare big pop, and for the most part, she achieves it, but various clichéd lyrics occasionally stop her sincerity in its tracks.