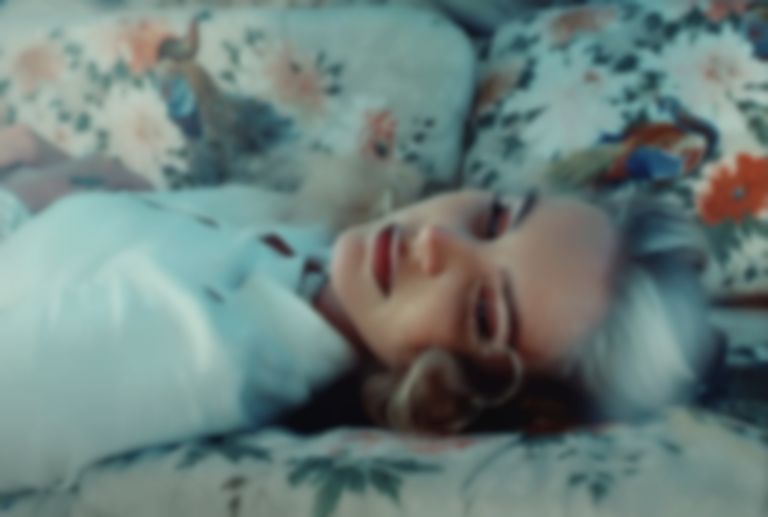 After announcing her new album Blue Banisters yesterday (28 April), Lana Del Rey has shared a preview of a new song that appears to be the album's title-track.

Del Rey initially teased something called Blue Banisters earlier this month on Instagram, and yesterday (28 April) she confirmed it's a title of a new album set for release in July.

Last night (28 April) she followed up her album announcement with a snippet of a new song and video. Although she didn't provide the track title, the lyrics suggest it could be the title-track of her new album: "Said he'd come back every May / Just to help me if I paint / My banisters blue / Blue banisters, ooh / Said he'd fix my weathervane / Give me children, take away my pain / And paint my banisters blue."

The announcement of Blue Banisters comes just over a month after the release of her Chemtrails Over The Country Club album. Just hours after Del Rey's latest album dropped, she also announced a different album titled Rock Candy Sweet that is expected to arrive on 1 June.

Back in February Del Rey also revealed that she has a "cover album of country songs" and a collection of "other folk songs" waiting to be released.

Del Rey is yet to share a tracklist for her Blue Banisters album.