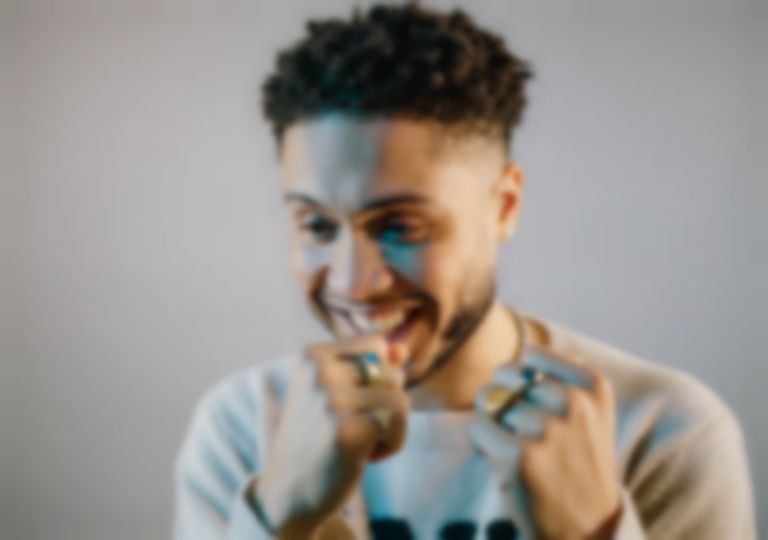 Jelani Blackman has announced his upcoming Unlimited Mixtape, and has teamed up with Jords on a new single titled "Gorgeous".

After featuring on Gorillaz's Meanwhile EP title-track in August, Jelani Blackman has returned with news of his debut full-length project Unlimited Mixtape.

News of his mixtape is teamed with a new single titled "Gorgeous", which sees the rapper team up with Jords.

Blackman says of the collaboration, "Jords is one of my favourite artists and someone I've wanted to link up with for a while. The energy is 10/10; legit love listening to it and then hearing Jords on it makes it even better."

Jords adds, "Jelani is a brother who I’ve wanted to work with for a while and when I created the instrumental I felt that his cadence suited the song perfectly. It just makes a lot of sense."

Unlimited Mixtape was recorded over the past two years with various producers, and will also include a new collaboration with Finn Foxell, as well as previous singles "Bubblin", "Don’t Matter", "Gone Freestyle" and "Hello".

"These individual tracks are like pockets of energy that I’ve chosen to represent the bigger picture and what’s happened to me over the last couple of years," Blackman explains. "I’ve been wanting to do this for ages and It’s nice to have that long form piece of music that represents me."