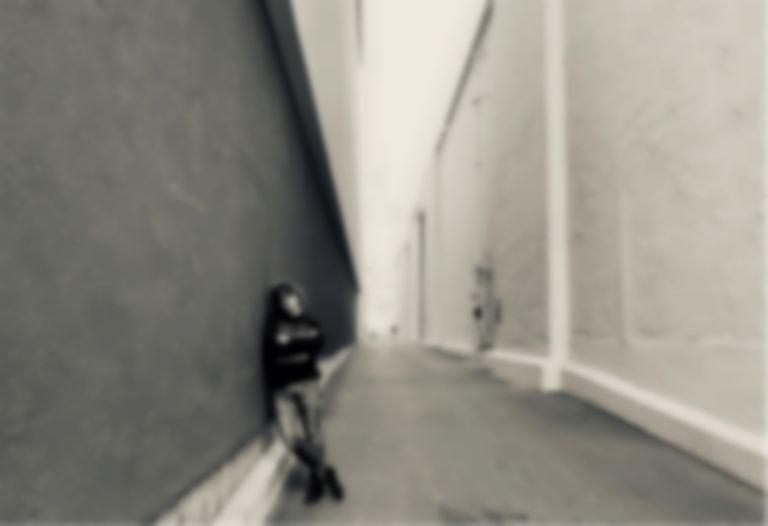 A mountain of comments have appeared on Tod Wisenbaker's Instagram posts from an anonymous account - could it be Ryan Adams in disguise?

Last week Ryan Adams' ex-guitarist Tod Wisenbaker uploaded a statement to Instagram after the New York Times reported Adams to have engaged in an account of sexual misconduct with a minor, as well as multiple reports of abusive behaviours from his previous partners and collaborators.

The mysterious user started getting involved over the weekend, "95 percent of the comments here are the biggest bunch of suck-up losers I have ever had the misfortune of seeing. You are all celebrating and promoting betrayal and mob mentality. One day it will be you on the receiving end. And it's going to hurt. And you will remember this little ass-kissing session". 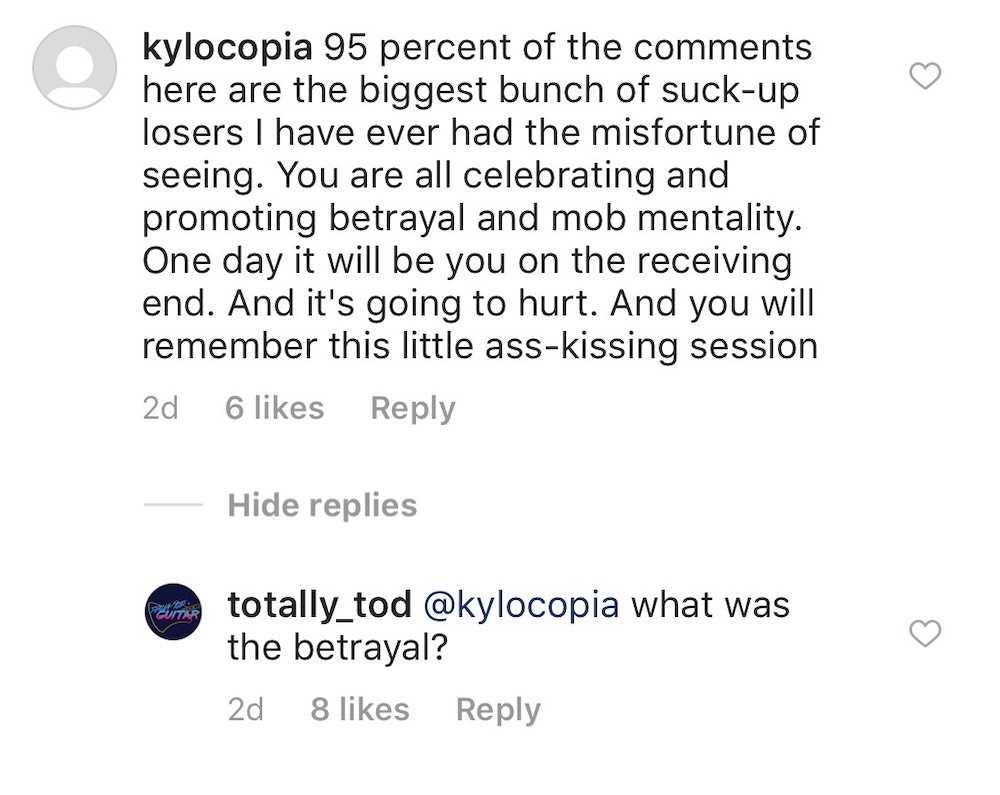 Wisenbaker replied to the comment, provoking the user to respond, "Maybe Ryan is everything you claim and more. It's certainly possible. It doesn't change the fact you waited until the guy was on the verge of something big and piled on when you had safety in numbers, hiding behind his faux victims..."

Adams' ex-guitarist then alludes that the user could be the musician, with him replying, "Ryan you owe me like $150,000.00". 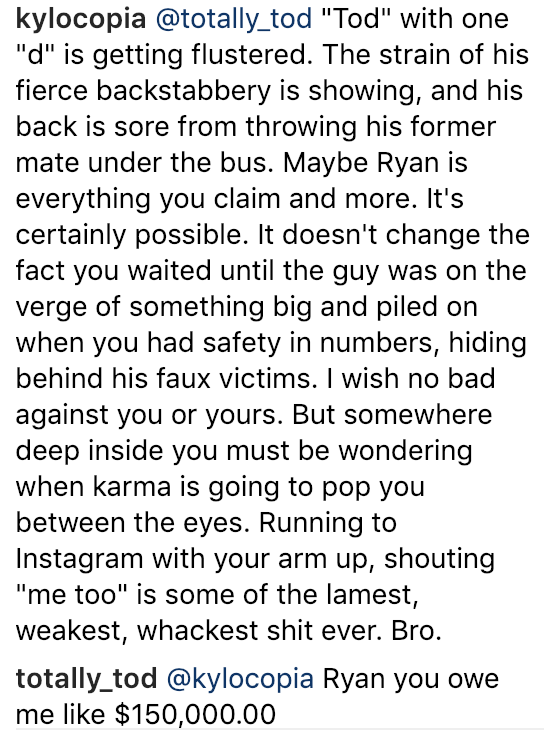 On another comment, "kylocopia" stated, ""Victims". You mean women who used their bodies as a currency and threw a fit when it didn't help their shit music careers?.." Wisenbaker replied again to the account, stating "get help, Ryan".

The trolling user and Wisenbaker have replied to each other numerous times on the post, including the "kylocopia" account writing, "You must be loving all this victim run you are getting. You'll get back from the world what you put out. Some people consider loyalty an admirable trait. Then there's those pesky rats...". Wisenbaker replied, "how long you been up, bud?" 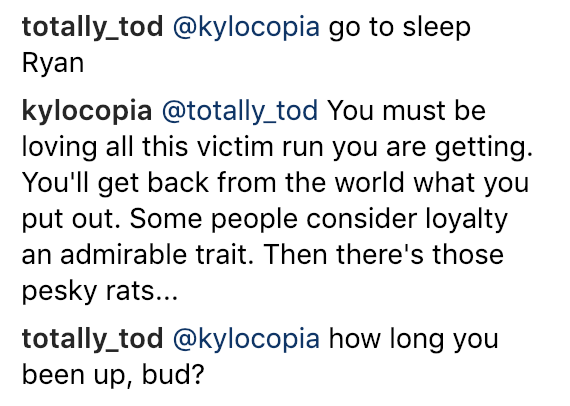 The same comment thread has followers speculating over the identity of the troller. One user wrote, "...that is some deep dark shit right there!...yikes!", to which the shitposter replied, "Deep? Dark? Why? Because I write in a more descriptive way that you cave-dwellers? Please. Tell me more about me."

Mandy Moore, Adams' ex-wife, thanked Wisenbaker for his support on the post a week ago. The anonymous account has even lashed out at her response, "So, why did you stay with him for six years? I have yet to hear a response to that. I can't fathom the spite the whole lot of you having strewing in your soul. Brace yourself for karma. It will hurt."

Although Wisenbaker has replied to the user calling him "Ryan" multiple times, "kylocopia" has denied being the musician, "..but if you honestly think I am Ryan, you should be walking through life wearing a helmet".