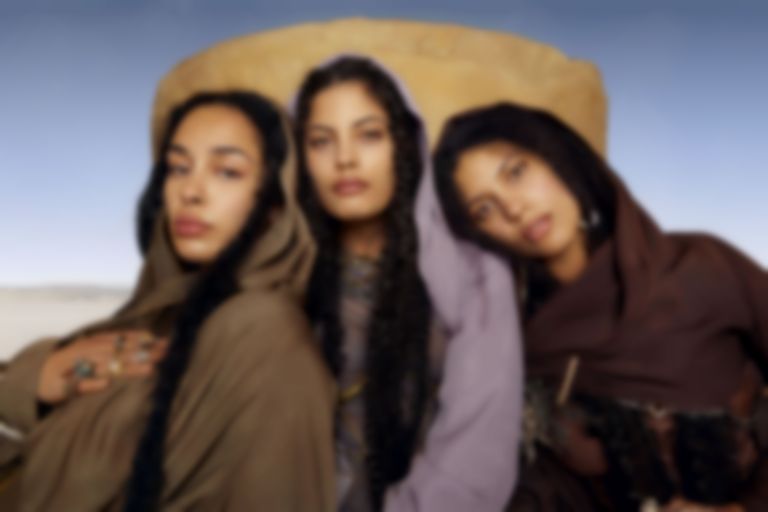 Afro-Cuban French twins Ibeyi have teamed up with Jorja Smith for their latest Spell 31 single "Lavender and Red Roses".

"Lavender and Red Roses" is the thiird track to be lifted from Ibeyi's Spell 31 album, following last month's "Sister 2 Sister" and last year's Pa Salieu collaboration "Made of Gold".

The new track, which features Jorja Smith, is accompanied by a Lucrecia Taormina-directed video.

Ibeyi's Lisa-Kaindé says of the track and video, "We knew we wanted to create something with Jorja that would be different from what we’ve done previously that would allow us to connect with the true meaning of the song. When we came across the three sisters of fate from the Greek mythology that personify fate we knew immediately that it would be the right idea. Clotho, Lachesis, Atropos are sisters, one of them creates the thread of fate, the other analyses it and the third one cuts it. "Lavender and Red Roses" is a song about the feeling we all experience when we love someone troubled. It could be a partner, a sibling, a parent, a friend. We wanted to talk about the pain of witnessing a loved one hurting, repeating patterns and getting lost. And how it triggers in us the desire to reach them, hold them tight and wash their troubles away with lavender and red roses. But the truth is you can’t save them, if they pull you into their darkness, you will have to protect yourself, and allow them to find their own strength and light, their own way."

Spell 31 will be the twins' first album since 2017's Ash, and will feature contributions from Ibeyi's father and mother, as well as a reimagining of Black Flag’s "Rise Above" featuring Berwyn.

"Lavender and Red Roses" featuring Jorja Smith is out now. Ibeyi's Spell 31 album will be released 6 May via XL Recordings, and is available to pre-order now. Ibeyi will play London's Hoxton Hall on 14 May. Tickets are on sale now.