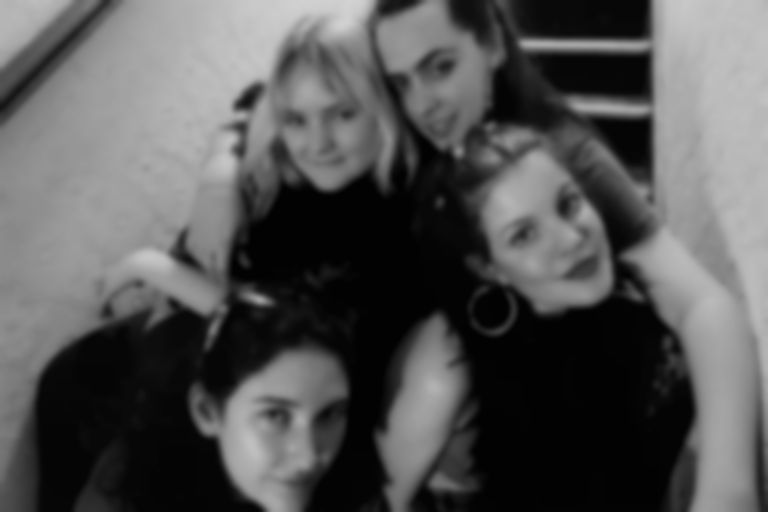 The rough 'n' ready tune boasts one of the quartet's poppiest choruses to date, and it joins up with "New For You" and "The Club" to preview their eagerly awaited second record. The "Finally Floating" video is coming on Apple Music soon (there's a teaser on Twitter), but you can hear it on Spotify now.

The Spanish four-piece are following up acclaimed debut Leave Me Alone with a new 11-track collection co-produced with Gordon Raphael (The Strokes, Regina Spektor) and engineered by Shawn Everett (Alabama Shakes, Perfume Genius).

Hinds kept things on the quieter side since releasing the deluxe edition of their acclaimed debut Leave Me Alone, though they released a cover of "Caribbean Moon" last summer - the latest in a string of covers from the band, following "Holograma" (Los Nastys) and "Davey Crockett" (Thee Headcoats).

The Madrid outfit have a long list of live dates for this year, with shows in Glasgow, Manchester, Bristol, London, and Brighton confirmed for April. Find out more live details.