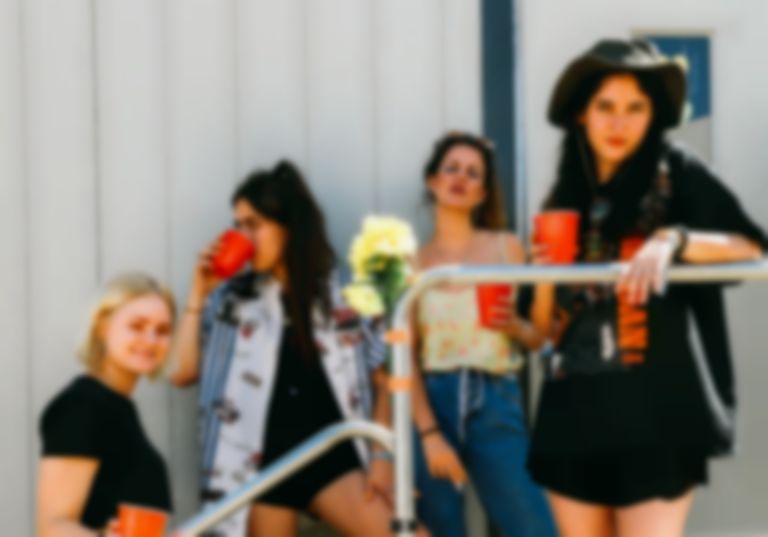 Hinds have covered "Caribbean Moon", originally by Kevin Ayers of Soft Machine, as they prepare to return to the UK for a couple of shows.

Ayers' original 1973 version is a chirpy, sun-kissed number, and Hinds add their deliciously ramshackle touch to the proceedings, removing some sheen and injecting a sense of freedom.

Hinds have kept things on the quieter side since releasing the deluxe edition of their acclaimed debut Leave Me Alone. "Caribbean Moon" is the latest in a string of covers from the band, following "Holograma" (Los Nastys) and "Davey Crockett" (Thee Headcoats).