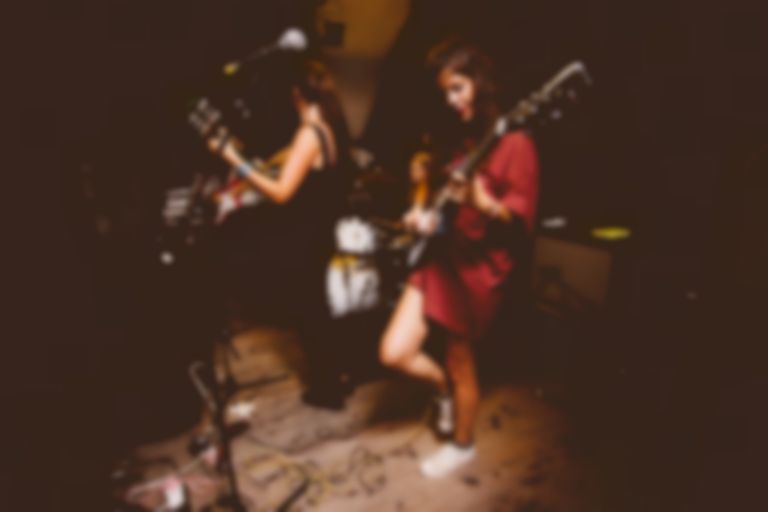 Hinds' rendition - a live staple - was recorded with The Vaccines' Árni Árnason, as well as Johan Englund, and will feature on a special Record Store Day split with compatriots The Parrots. It will be limited to 750 copies, and be pressed on coloured vinyl.

Explaining their strong bond, Hinds and The Parrots say: “We are seven kids. We are friends. We are from Madrid. We always carry a knife in our pockets."

The blurb on SoundCloud reads:

this song is part of the split #1 we share with our secret lovers The Parrots.

we recorded this track during our first trip to london with Arni Arnason (the vaccines) and Johan Englund. also mixed by them.

This split exists just because of us.

thanks sean from burger, joan great manager and steve from lucky for making it happen.

The split 7" will be released 18 April by Lucky Number.

Stream their cover of "Davey Crockett" below. Hinds' upcoming tour dates can be found afterwards.