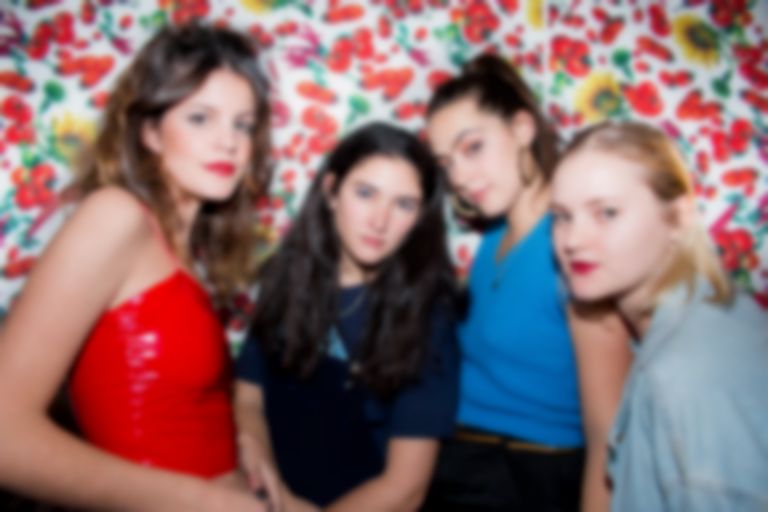 Hinds have revealed "The Club", a heady new taste of forthcoming record I Don't Run.

The Spanish four-piece's new number debuted as Annie Mac's Hottest Record In The World and joins up with lead single "New For You" to preview their eagerly awaited second LP.

"When we wrote 'The Club' and first listened to it we couldn’t believe that we hadn't write it before and that we hadn't been listening to it for years," Hinds say. "A friend said that it is more Hinds than Hinds themselves! That’s why we chose putting it as the track one of the album. From now on it's our presentation card."

The Spanish four-piece are following up acclaimed debut Leave Me Alone with a new 11-track collection co-produced with Gordon Raphael (The Strokes, Regina Spektor) and engineered by Shawn Everett (Alabama Shakes, Perfume Genius).

Hinds kept things on the quieter side since releasing the deluxe edition of their acclaimed debut Leave Me Alone, though they released a cover of "Caribbean Moon" last summer - the latest in a string of covers from the band, following "Holograma" (Los Nastys) and "Davey Crockett" (Thee Headcoats).

The Madrid outfit have a long list of live dates for this year, with shows in Glasgow, Manchester, Bristol, London, and Brighton confirmed for April. Find out more live details.