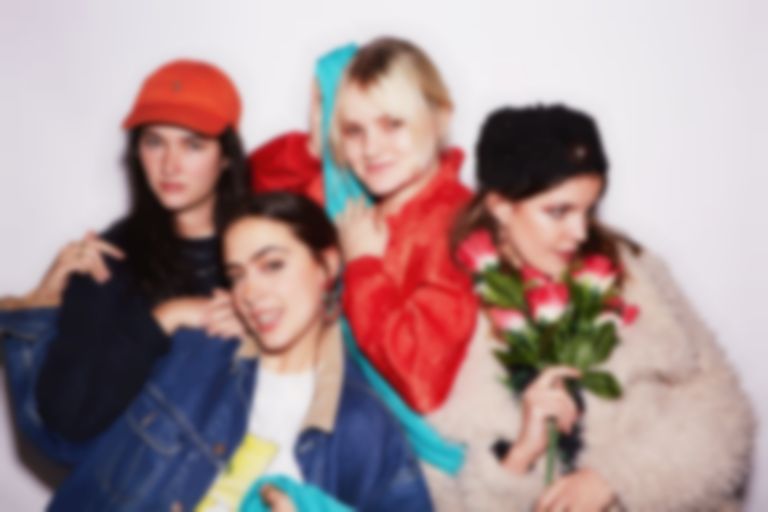 Hinds are back after some not-so-subtle hints on social media with details of second record I Don't Run and lead single "New For You".

"I thought it cannot be more Spanish (football) and that it cannot be more a male sport, and that it is good to present a different gender-reality without even trying hard," says Hinds' Carlotta Cosials of the self-directed visuals for "New For You". "I think sports are such a good metaphor with life, with goals, passion, and suffer."

"We loved making this album," says the group's Ana Perrote. "We knew what we wanted and we have what we wanted. This is a new start for us and we're fucking ready."

Hinds have kept things on the quieter side since releasing the deluxe edition of their acclaimed debut Leave Me Alone, though they released a cover of "Caribbean Moon" last summer - it's the latest in a string of covers from the band, following "Holograma" (Los Nastys) and "Davey Crockett" (Thee Headcoats).