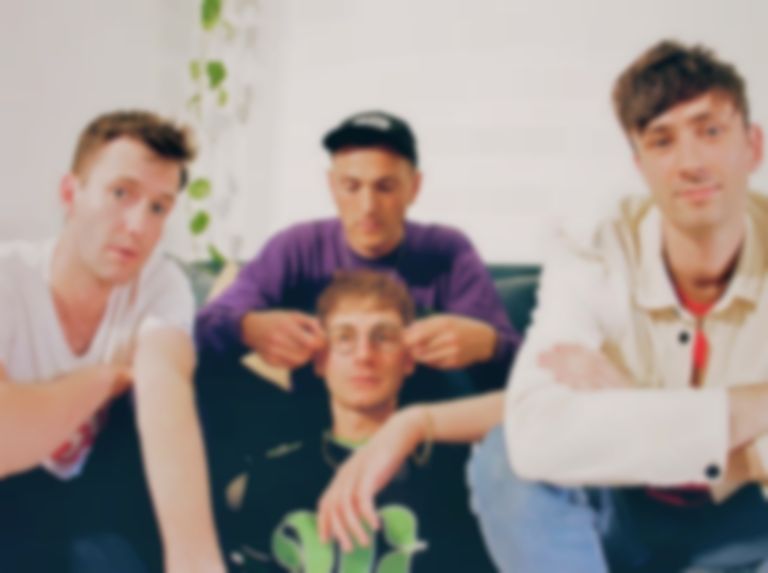 Glass Animals have released new single "It's All So Incredibly Loud", the fifth track to be lifted from their first album in four years, Dreamland.

"It's All So Incredibly Loud" is released as the fifth single from Glass Animals' forthcoming third LP, arriving after earlier singles "Heat Waves", "Dreamland", "Tokyo Drifting" and "Your Love (Déjà Vu)".

Lead singer Dave Bayley says of their new outing, "The entire song is only about three seconds of life. I think most people have been in a position where they have had to tell someone something that they knew was going to devastate them. Something that would change their life. It’s about the silence that occurs between those words leaving your mouth, and the other person reacting. It’s the most deafening thing I’ve ever experienced. The video is meant to be a metaphor for the build-up before that, and then the sudden explosion of quiet that lasts forever."

Bayley adds of the new LP, "This album goes through many of the most confusing moments in my life. It’s about growing up, from my first memories as a little kid, to now. Quite often those moments are funny, sometimes awkward, sometimes heart-breaking, sometimes it’s about love or hate, sexuality. It’s about realising its ok to not have answers and its ok to not know how you feel about things and that its ok to be and look vulnerable. In fact, all of that is quite exciting. So often life asks us for binary yes or no answers. It asks us to conform and to fit in. But the world is so much more interesting and colourful than that…it’s a much more fluid and uncertain place."

"It's All So Incredibly Loud" is out now. Glass Animals' Dreamland album is due for release on 7 August, and is available to pre-order now.