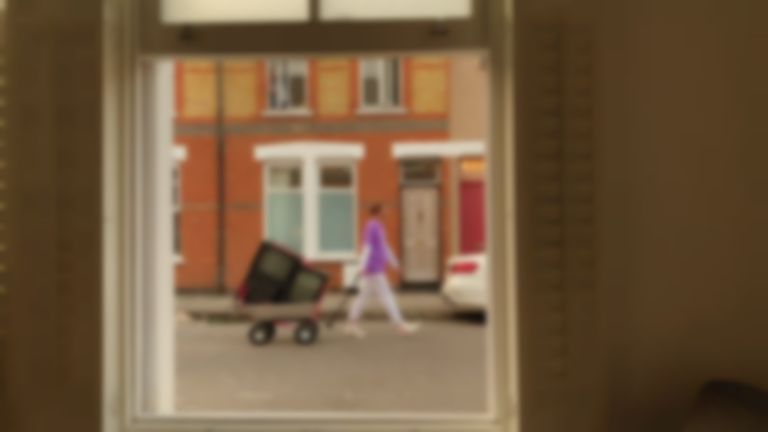 Glass Animals are back with new banger "Heat Waves", the fourth single to be lifted from their forthcoming album Dreamland.

"Heat Waves" follows on from earlier singles "Dreamland", "Tokyo Drifting" and "Your Love (Déjà Vu)", and arrives with a visual directed by Colin Read.

Lead vocalist Dave Bayley says of the accompanying video, "The "Heat Waves" video is a love letter to live music and the culture and togetherness surrounding it. It was filmed at the peak of the lockdown in my neighbourhood in East London by the lovely people who live around me, just using their phones. These are people who are usually out at shows, in galleries, going to cinemas etc. These venues are left empty now, and many of them will not survive. The song is about loss and longing, and ultimately realizing you are unable to save something...and this video is about that but for art, being together, and human contact. Huge love and thank you's to everyone who got involved and helped out. When everyone was leaning out of their windows filming, I felt that same sense of togetherness and spine-tingling energy that happened at live shows. It made the coldness of performing to an empty room with the band stuck on screens feel even more heart-breaking."

Over the weekend, Glass Animals announced the album would be delayed until August due to the ongoing Black Lives Matter protests.

Bayley says of the new LP, "This album goes through many of the most confusing moments in my life. It’s about growing up, from my first memories as a little kid, to now. Quite often those moments are funny, sometimes awkward, sometimes heart-breaking, sometimes it’s about love or hate, sexuality. It’s about realising its ok to not have answers and its ok to not know how you feel about things and that its ok to be and look vulnerable. In fact, all of that is quite exciting. So often life asks us for binary yes or no answers. It asks us to conform and to fit in. But the world is so much more interesting and colourful than that…it’s a much more fluid and uncertain place."

"Heat Waves" is out now. Glass Animals' Dreamland album is due for release on 7 August, and is available to pre-order now.