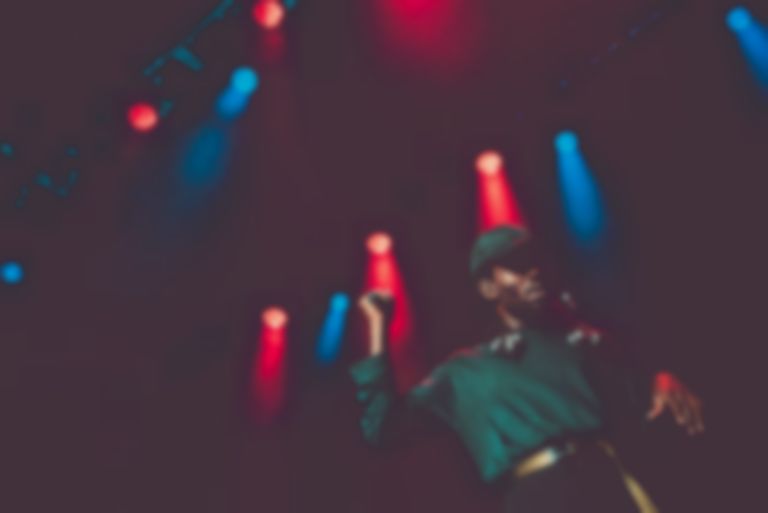 As fan ehhwhatevr points out on Reddit, Hynes revealed that he "has a mixtape, album, and eight singles ready to release" and that he's "just deciding which order to release them in."

"He played the mixtape on the live stream last night, was like four-five songs and I'm about 90% sure I heard a Solange feature," added ehhwhatevr.

A lot of people managed to catch the impromptu listening session, and it seems they were impressed:

Last night Dev Hynes live streamed some unreleased tracks from a mixtape and album he announced on Instagram. Also 7 lingering tracks he played for the love. All-in-all we’re excited for new Blood Orange on the way.

Dev Hynes previewing some songs from his projects on insta live

Dev Hynes previewing his next mixtape on ig live, sounds like this years best musical project.

jk i would never do that.

Also, as Pigeons & Planes note, Hynes and A$AP Rocky have been working hard together on some tracks for their respective new LPs:

ASAP Rocky says he and Dev Hynes (Blood Orange) are going to be on each others’ next albums. pic.twitter.com/azRiiBA4WG

The latest Blood Orange songs arrived in February, and landed just a few days after a collaboration with Girlpool titled "Picturesong". Since the release of excellent LP Freetown Sound in 2016 Hynes has been hella busy showing it off to the world, collaborating with Blondie, singing the praises of Carly Rae Jepsen, and working on viral campaign VeilHymn.

He's also been working hard on the Freetown Sound follow up, which is nearly done (hopefully).