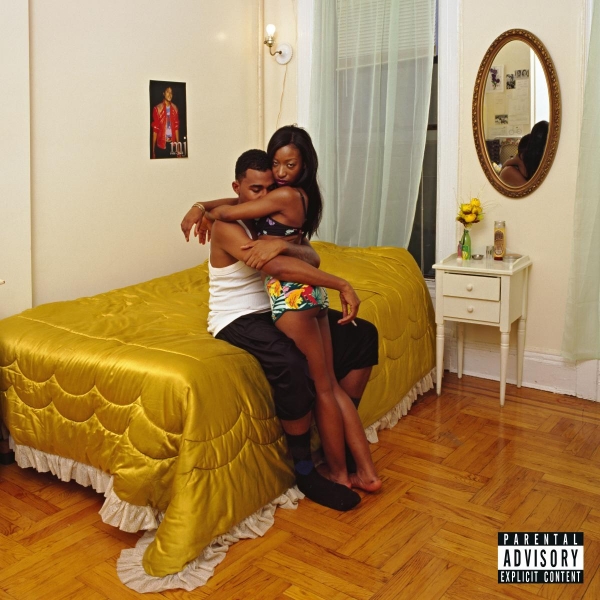 Tracking the career of Devonte Hynes is like watching a man trying to figure out who exactly he is; growing up, moving away and even delving back into his own past. He has, after all, been in the musical spotlight since the age of 18, with a chameleonic ability to always stay bang on trend.

The riotous, acid-tongued Test Icicles were our first proper glimpse of Hynes. Angsty, fun, with plenty of acrobatic guitar shredding and hair-raising screams, this was the teenage rebel phase. They were a mark of “cool”. If your MySpace didn’t have “Circle Square Triangle” or “Boa vs. Python”, you were so behind the times, old man.

Next came the politically aware, angry university troubadour phase. Lightspeed Champion was a complete 180 to the noise punk of Test Icicles. This was Bright Eyes-esque folk rock confessional that showed real promise, though marred by a saturation of self-deprecation and the youthful naivety you might expect from an angry 22 year old.

So where do you go next? For Dev Hynes, it meant another complete shift to the world of pop. He was no longer constrained by the boundaries of genre and brought his unique mash of experience to everyone from Solange to Kylie Minogue to Carly Rae Jepsen. Blood Orange was born, and it seemed Hynes had grown up and finally found his calling.

While Blood Orange’s debut, Coastal Grooves, stuttered, it was with Cupid Deluxe that it finally became clear that Hynes was exactly where he should be. Gone was the pretension, replaced by buckets of cool and charm that oozed out of this collection of melancholic 80s-inspired R&B tunes.

Blood Orange’s third album, Freetown Sound, is no doubt his most ambitious work to date. An expansive, often chaotic, exploration of what it means to not truly fit in told over 17 songs, this Hynes using every tool in his arsenal (and every number in his phone) often to great effect.

“Best To You” is the perfect example of this. With a particularly wonderful feature from Empress Of’s gorgeously dreamy vocals, it feels like a melting pot of ideas ready to spill over. From the woozy synth and cello opening to the frantic clattering of all sorts of unusual percussion, it’s a wonderful summation of what can happen when Hynes is on his game.

Similarly, “EVP” and “Hadron Collider” - the former full of Prince-esque funk and a breathtaking appearance from Debbie Harry whose voice soars with an uncanny similarity to Beach House’s Victoria Legrand, the latter a beautiful ballad featuring Nelly Furtardo of all people - sees Hynes fitting all the pieces together perfectly.

In fact, Freetown Sound, if anything, marks Hynes out as a man that truly understands what makes a great guest spot. With a few unknowns pulling out belting performances to heavy hitters like Harry and Carly Rae Jepsen lending star power, each one is given equal chance to strut their stuff in the spotlight

Thematically, Freetown Sound is an album about wanting to be accepted in a world that is constantly judging you. Opening track “By Ourselves” features a powerful speech about how Missy Elliot became an icon  for women of colour with body image issues. Meanwhile, “Augustine” focuses on settling somewhere new and trying to fit in, finding the similarities between Hynes’ father moving from Freetown in Sierra Leone and Hynes himself from London to New York.

Peppered throughout, almost like rap skits, are audio collages made up of field recordings, speeches, snippets from films and samples from songs. Taking in everything from Marlon Briggs’ documentary about African American identity Black Is... Black Ain’t, De La Soul’s "Stakes Is High" and the drag ball documentary Paris Is Burning, Hynes sets out to create a mood with these interludes to build more of a structure around this theme; connecting songs together by bringing in the world that exists outside of his mind and recording studio. Sometimes they click, sometimes they don’t, but it’s hard not to admire the number of fascinating ideas Hynes has attempted to pull off here.

Freetown Sound is a grand statement from an artist that is notoriously cagey about his life. Over the course of these 17 songs, we learn more about his worries and anxieties, hopes and fears and general beliefs than we’ve probably learnt from all the interviews put together.

It doesn’t feel as accomplished as Cupid Deluxe, mostly due to how personal it is. At times, it can feel like delving into his diary. Some of it remains cryptic to the outsider, almost as if the thoughts and feelings were just scattered chaotically onto the page, but this shouldn’t be a mark against it. No one idea ever outstays its welcome and there’s no denying the passion behind Hynes’ work and the fascinating insights that come with these 17 tracks. It’s an album that feels haphazard but one that is luckily more hit than miss, and an album that ultimately needs to be experienced.