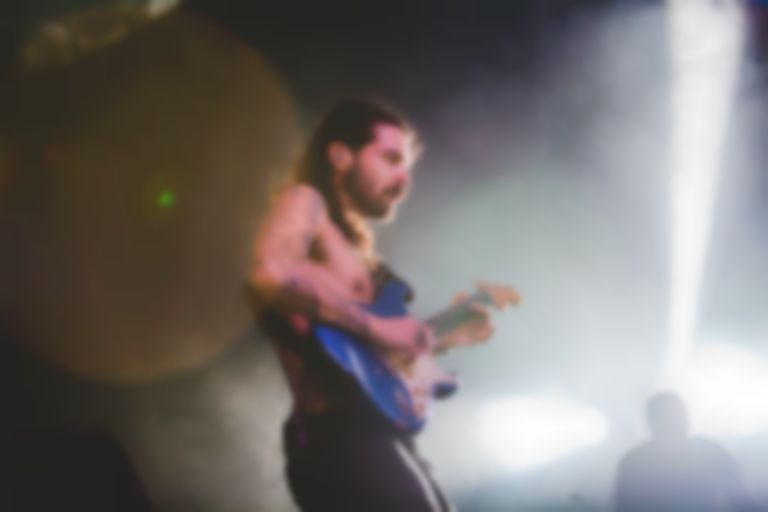 Fans have been receiving postcards from Biffy Clyro that includes a link to a mysterious site.

Having updated their social media pages with a blank cyan header and picture, Biffy Clyro seem to be hinting at their return.

The band took their teasing tactics to a new level by sending out postcards styled like a panatone paint chip, with the same colour as their social media headers and pictures.

Biffy Clyro's postcards also included the colour code for the cyan colour - 2197 C - as well as a link to a mysterious site which shows an image of a handwritten note that reads: "Dear God, Adjust my dreams for me. All I learned is Instant History."

The hashtag "#THISISTHESOUNDTHATWEMAKE" is also featured on the page linked from the postcard.

One fan theory suggest that 2197 is 13³ (cubed), which could hint that a potential release date for their new album - 13 March.

The band are yet to confirm details of their follow up to 2016's Ellipsis. In October 2019, Biffy Clyro revealed they were planning to release the new album in the first half of 2020.

Although they haven't released a new album since 2016, Biffy Clyro haven't exactly been quiet - they released their Balance, Not Symmetry film score last year, and contributed a cover of Frightened Rabbit's "The Modern Leper" to their Tiny Changes - A Celebration of The Midnight Organ Fight album.

Biffy Clyro are yet to confirm new music. They play BBC Radio 1's Big Weekend in Dundee this May. Find out more.