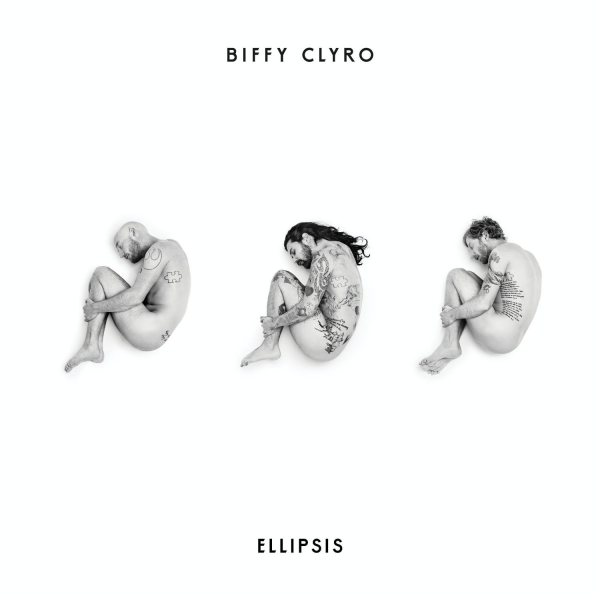 Biffy Clyro’s journey to British rock’s main table has been an interesting one. After three records of pummelling riffs, roaring feedback and jagged bass lines, it was the intimate Puzzle (inspired by the death of singer Simon Neil’s mother) that began their upwards trajectory.

The band’s music has taken a turn for the grandiose since - 2013’s Opposites brought the Scots headline slots at Reading and Isle of Wight Festival and the three-piece rose to the challenge of these huge live sets in triumphant fashion.

Ellipsis is the band’s leanest record thus far. Everything from the guitar feedback, Simon Neil’s impassioned vocals and the understated synths and harmonies that lie beneath the rest of the instrumentation feel precisely crafted. There’s nothing left to chance here – no improvised touches or imperfections left in to give the record a sense of purity. Often albums like this are criticised for being overly-produced and not ‘embodying the spirit of rock and roll’ – but here Biffy Clyro deliver a masterclass in precise, well-crafted radio rock.

Opener "Wolves of Winter" sounds absolutely huge. Born out of experience playing vast arenas, it’s a delightfully OTT stadium rock song that is sure to sound genuinely thrilling in a live capacity. "On A Bang" is brilliantly angsty and the record’s rawest moment, that sees Neil proclaim “why can’t you fucking do better” over distorted guitars, whilst "Friends and Enemies" showcases the bands pop-sensibilities with an assured, catchy chorus.

The more tender moments which Biffy showcased so well on Puzzle aren’t quite as effective this time around. The soul-baring lyrics (“I’ve forgotten what it is to cope”) on "Re-Arrange" don’t quite convince over sickly-sweet backing vocal harmonies, whilst "Medicine" focuses a little too much on its uninspired lyrics with just an acoustic guitar being utilised to remind the listener what it is there supposed to be feeling.

There is, however, a lot more to admire about Ellipsis that there are things to be critical of. Rich Costey – who has experience in reigning in stadium rock bands and producing well-crafted records with Muse – really delivers with career-best production. And whilst there aren’t as many obvious hits on this record as 2009’s chart-bothering Only Revolutions, Ellipsis is an album that will undoubtedly keep Biffy Clyro right at the top of British rock’s hierarchy.