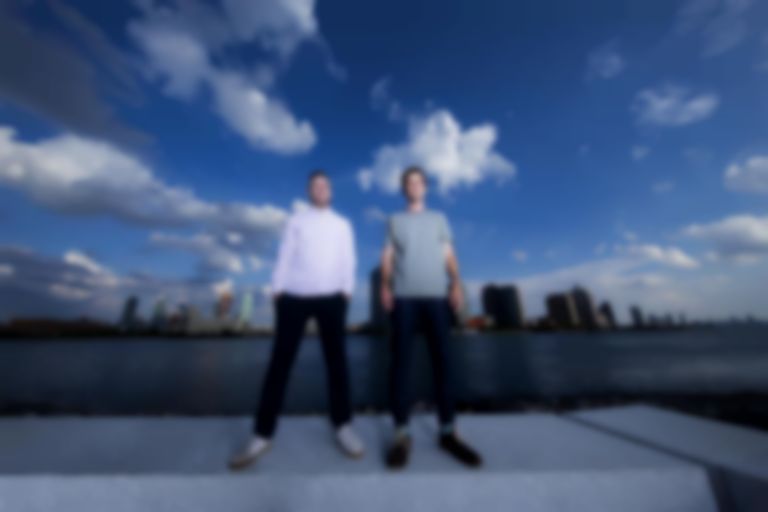 Battles are back with a double-dose of new tracks, "A Loop So Nice…" and "They Played It Twice", both lifted from their forthcoming album Juice B Crypts.

"A Loop So Nice…" and "They Played It Twice" follow on from last month's lead single "Titanium 2 Step", which marked the duo's first new song in four years.

"They Played It Twice" features singer and multi-instrumentalist Xenia Rubinos.

Speaking about their fourth record, Ian Williams of Battles explains, "It’s about chord progressions, resolutions, returning home. Take that and throw it into a blender of modern electronic tools like glitching devices, or use melodic lines and take them and regurgitate them and pulverise the traditional stuff but at the same time try and retain harmonic relationships while completely smashing them up."

"A Loop So Nice..." and "They Played It Twice" are both out now. Battles' Juice B Crypts record will land on 18 October via Warp. They play London's EartH on 25 October. Find out more.