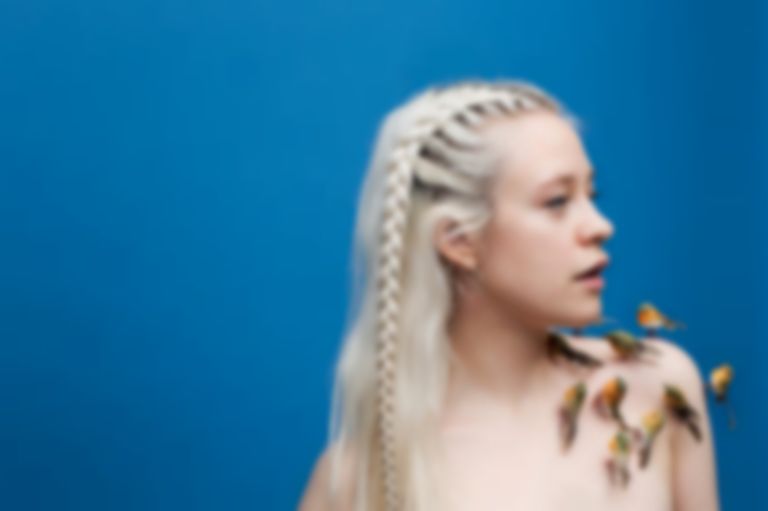 Anna B Savage is back with new cut "Corncrakes", which lands as the fourth single to be lifted from her debut album A Common Turn.

"Corncrakes" follows September's lead single "A Common Tern", and will feature on A Common Turn alongside earlier outings "Dead Pursuits" and "Chelsea Hotel #3".

The song was written after reading The Outrun by Amy Liptrot and The Summer Book by Tove Jansson. Anna B Savage explains, "At this moment in my life, I was entering a seismic shift. I felt like I was getting clues from the universe, and all I needed to do to ‘work it all out’ was piece them together. These clues came in the form of birds - in this instance a corncrake. I now see the corncrake as a layout for a theme: something tangible, but imperceptible, evident but not necessarily visible."

Her forthcoming debut LP will follow on from her 2015 debut EP, EP, and is produced by William Doyle.

On the album title, Savage says, "For me, A Common Turn is those moments of decision where you think 'I’m not taking this anymore', whether it’s the way someone else is treating you or the what you’re treating yourself."

Savage has spent the past three years writing music for the album, and even reflected on her lyrics like a detective, "One month I printed out all the lyrics, blu-tacked them to my wall, and drew lines between each corresponding idea. Making sure I’d lyrically covered all the themes I wanted to, linking ideas, deleting repeats, and making me look like a literary serial killer."

"Corncrakes" is out now. Anna B Savage's A Common Turn album will land via City Slang on 29 January 2021, and is available to pre-order now.