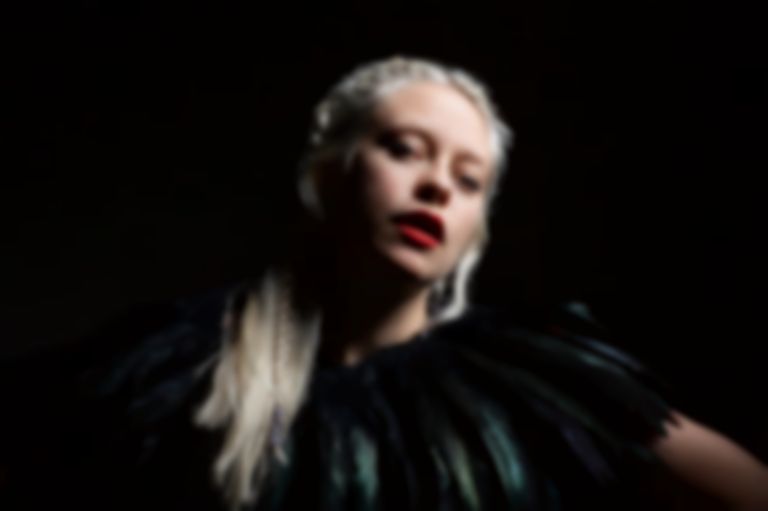 Anna B Savage has returned with her first single in five years, "Chelsea Hotel #3".

"Chelsea Hotel #3" is the first new offering from Anna B Savage since her 2015 EP EP.

The new single is lifted from her forthcoming debut album that's due for release later this year, and is produced by William Doyle.

Savage says of her new release, "Wank More was my 2016 New Year’s Resolution. It was part of my need to battle all the internalised bullshit I had ingested about women. I’ve spent the last few years actively unlearning things I spent my first twenty years passively being fed. Like how women are sexualised, but never allowed to be sexual, they are the object (sometimes even an object). It took me until 21 to start masturbating, even longer to realise that sex was also for me (groundbreaking, I know) and that I had agency and could and should ask for things. It’s wildly frustrating and sad. Out of these thoughts came "Chelsea Hotel #3"."

She adds, "The song, similarly to Leonard Cohen’s "Chelsea Hotel #2", starts with 'head on an unmade bed' and tracks a conversation, internal rather than external, that follows. I go through historical experiences of pleasure, both at the hands of others, and my own (and with accoutrements). From a passive, unknowing sexual youth to an active, exploratory modern day version of myself, more willing to acknowledge and, yes, list the things that get me off. While it’s a naked nod to Cohen’s Janis Joplin in "Chelsea Hotel #2", in my mind it’s an even bigger nod to Chris Kraus’s I Love Dick, a book which prompted me to be able to express myself in this way. The man in "Chelsea Hotel #3" is a stand in for all men, and as I’m telling my story, here he plays the role of the passive pawn and ‘muse’, a like for like role reversal of how women have ‘inspired’ men for centuries."

Wrapping up her explanation, Savage says, "The song is a groan of boredom for the role of passive, mute, muse women, and a scream for female autonomy and pleasure."

Anna B Savage's new single "Chelsea Hotel #3" is out now on City Slang. She plays London's Village Underground on 5 May with Destroyer. Find out more.