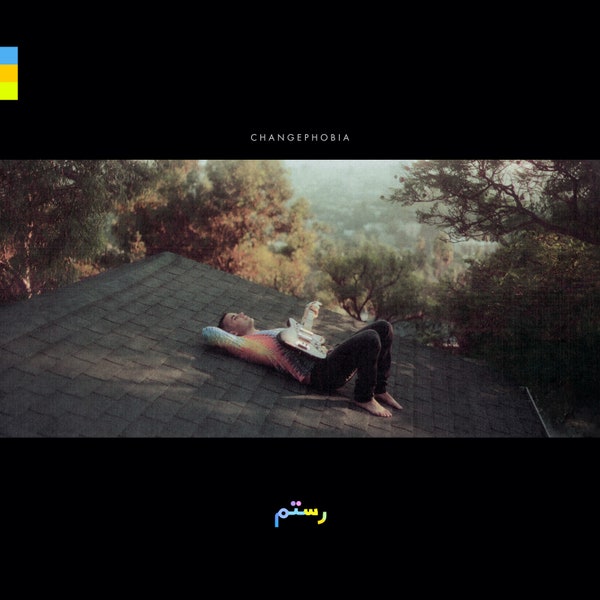 In 2013 Vampire Weekend released Modern Vampires Of The City, their most critically acclaimed album yet. It would go on to appear at the top of most year-end lists and earn the band their first Grammy win, for Best Alternative Music Album. It would also turn out to be the last album that founding member, producer and song co-writer of the band – Rostam Batmanglij – would be involved with.

Since then, he’s been busy, adding his instantly identifiable production and song writing touch to work for a list of artists that reads like a who’s who of the music world: Hamilton Leithauser (the two would go on to release the excellent collaborative album I Had a Dream That You Were Mine), Charli XCX, Carly Rae Jepsen, Maggie Rogers, Clairo, Frank Ocean, Solange, and his most frequent collaborators, HAIM – their latest album Women In Music Pt. III earning Rostam his second Grammy nod. In amongst all that, he found the time to release his solo debut Half-Light in 2017, a patchwork of songs – sometimes hushed, sometimes effervescent – that displayed Rostam’s unique ability to effortlessly meld genres and sounds into pretty melodies and ultra-percussive beats.

Half-Light held moments that seemed to just slip past before you even knew they were happening – much like daydreams. In the end, the album’s title was rather fitting, as it existed in this fuzzy space where, at times, you could just barely make it out. That’s where Changephobia differs from its predecessor. The album lives in a clearer, brighter light, and every song is a fully formed thought, a sign Rostam’s feeling as comfortable as ever in his own skin.

Opener “These Kids We Knew” floats along on a strummed guitar as Rostam muses on climate change, while the gorgeous “From The Back of a Cab” stutters and squelches under airy piano chords radiating delicate warmth, as Rostam finds a friendly shoulder to rest on. Elsewhere, “4Runner” is a breezy, cinematic number, the loungey title-track and laidback “Unfold You” are peppered with those signature slick, sophisticated saxophone licks (played by Henry Solomon), and Rostam’s penchant for rhythmic adventure is represented by the charged garage beat of “Kinney” and “Bio18”’s pitter patter of hand-drums. It shouldn’t all work together, but the record has a beautifully cohesive groove, the many disparate parts seamlessly fitting together in typical Rostam fashion.

Four years after his solo debut, Rostam has embraced change in his life, and discovered that at its best, it can help you grow and discover more of who you are. Change doesn’t always have to be a bad thing. In this case, it’s a very, very good thing.