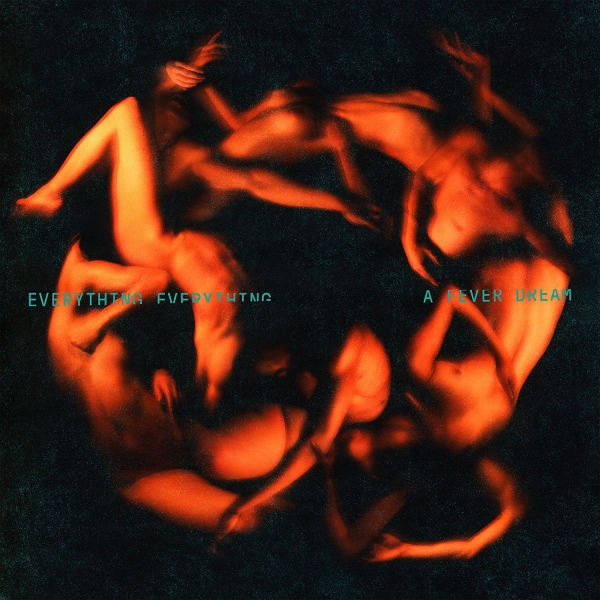 How Everything Everything - Britain’s most underrated pop band - planned to reinvent after the phenomenal Get To Heaven was always going to intrigue. Not only because their third LP felt like an explosive completion to a trilogy, but because it was inspired by 2014 - a year singer Jonathan Higgs described as “the most violent of our lives”.

Fast-forward just three years and, as it turns out, it’s all gotten 10 times worse. What struck Higgs as a peaking plateau of bedlam was only the beginning of the storm; a hung UK parliament descended into a Brexit-crazed tripe, ISIS spilt blood in the band’s Manchester birthplace, and the once-flickering threat of western populism ignited into a blazing fire of nationalism.

But delve into EE’s dazed fourth album A Fever Dream, and Higgs’ disbelief regarding what unfolded is soon realised. “We didn’t think that it would happen and we never will / yeah I can think of nothing else but this, but this machine,” he admits during the exhilarating "Ivory Tower" - a hysterical dig at elitist detachment from reality.

Lyrically, they’ve never been so overt. Esoteric riddles on debut Man Alive have manifested across four records into barefaced jabs at the modern pillars of power. But don’t be mistaken; A Fever Dream is no archetypal anti-establishment record that, say, Slaves or Cabbage would conjure up. EE offer something deeper than a handful of on-trend ideals. They expose the defective psyche of individual humans. They philosophise the way the news doesn’t.

A Fever Dream picks up from where Get to Heaven left off. Lead single "Can’t Do" is "Distant Past"'s house-driven sibling, whilst the euphoric "Night Of The Long Knives" and "Desire" make the transition a smooth one. But the album’s trajectory is different; anyone here for eleven lucid back-to-back pop bangers, in line with its predecessor, may be disappointed.

What follows the bewitching title track marks a clear turning point; A Fever Dream soon derails into a delirious nightmare. "New Deep", for example, is a beatless two-and-a-bit minutes of harrowing, gusty soundscapes. “Is there something wrong with all of this? / Or is there something wrong with me?” Higgs’ lonely voice repeats, like a disillusioned outcast sailing towards the abyss.

But it’s not all doom and gloom. There’s a constant battle between beauty and ugliness throughout, perhaps reflective of societal polarisation. Silky verses are wedged between ugly explosions of beefy guitar riffs on songs such as "Big Game" and "Run the Numbers". It’s a formula that’s curiously reminiscent of the group’s raw and embryonic pre-debut material, as if the quartet revisited and matured old rarities such as "DNA Dump".

The masterful production, honed by James Ford (Arctic Monkeys, Florence and the Machine, Foals), is raw and organic. It’s their most conceptual piece to date, and while it might not be as immediate as the last, its brilliance is revealed with patience.

"Good Shot, Good Soldier" embodies this notion. “Do the golf clap, for all the right people,” Higgs cries amidst the breathy "Armourland"-esque synths, before audaciously going a cappella towards its conclusion. Album concluder "White Whale", a yearning existential struggle, is another slow burner. Ghostly chants of “never tell me that we can’t go further,” see out the final bars, making the 11-track seem like just a mirage of hallucinations.

Just as the sophomore Arc was, this feels like a transitional curve towards something even greater. Nevertheless, it’s an exciting and very cohesive addition to an increasingly sprawling back catalogue. It expands an overarching narrative that becomes clearer, angrier, and more relatable with each step.

Back in 2010 the band’s "NASA Is On Your Side" tale of “children climbing over fridges in a rush to see the death of the sun” was sensationally fictitious - but now Everything Everything’s apocalyptic fever dream feels ever closer to reality.