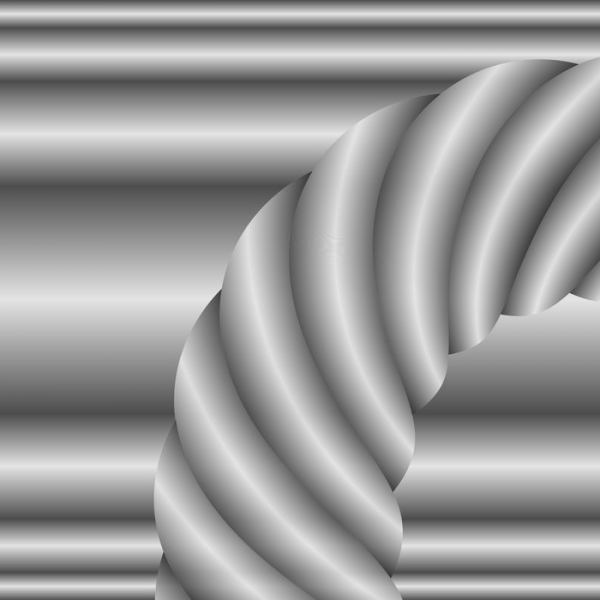 It has only been 14 days since the surprise announcement of A. G. Cook’s new collection 7G. None on this side of the project’s fence were suspecting; the last music released under Cook’s own name was the 2019 single “Lifeline” and before that, 2016’s “Superstar”.

Best known as the founder and head of seminal cult label and collective PC Music - a space that nurtured the likes of Hannah Diamond, Tommy Cash and label affiliate SOPHIE, as well as a new cohort of second generation talent including Namasenda and Planet 1999 - Cook’s proliferation has oftentimes prioritised the elevation of the artists surrounding him as opposed to his own output, and most notably as a writer and producer on Charli XCX’s post-Vroom Vroom work including the Mercury Prize nominated lockdown album How I’m Feeling Now.

The time in the pressure cooker has served him well as evidenced in the growing influence of that PC Music sound, a hyperpop conglomerate since emulated by the likes of fast-rising duo 100 Gecs, but it is only now - seven years down the line - that Cook has deemed it right to release his own debut album.

And as albums go, 7G is a multitude of binaries: ambitious yet reassuring, expansive yet fleeting, diligently pored over yet, at times, throwaway. It is possible to dive in at the deep end and resurface for breath and ultimately not find what you were looking for, but instead sift through the chaff to discover a grotesquely malformed pearl hidden in the dirt: it’s seven discs of seven tracks (maths ≠ 49) reveal a zealous and bizarre opulence.

I listened to this album in two parts, Discs 1-3: Drums, Guitar, Supersaw, and later Discs 4-7: Piano, Nord, Spoken Word, Extreme Vocal. It was heavy. It was hot. It was A. Lot. The brave amongst you may attempt the whole 2 hours 39 mins in succession but alas, twas not I.

Sounds and instruments aside, there are a range of pieces on offer here, from original tracks to covers, instrumentals to interludes. In many ways 7G is a scrapbook of what goes on inside Cook’s mind and covers out via his computer, a gateway into his vision and an invite to sit at the Mad Hatter’s table as he proffers all manner of oddball creations.

Drums is a hard listen and a bold entry. That said, it no doubt filters the weak. Rest assured that, if you can make it through Drums unscathed, then you have traversed the perilous mountain of what 7G has to offer. It’s all downhill from here - in a good way.

I listened to this in the morning. Yes, opening track “A-Z” was a rude awakening. Do not listen to this whilst still half asleep on a Monday morning. In a digital hardcore Atari Teenage Riot kind of way, it will blast all cobwebs from the outer reaches of your cranium; make of that what you will.

It’s relentlessly frenetic variety of beats flip from ripples to reverberating bass, throbbing and hollow and paused with lush reprieves. As COVID would have it, you won’t be feeling the bass in your bowels anytime soon, but it is the type of piece only to be experienced in a club.

“Acid Angel” carries a familiar clarity around its dreamy keys (is this Namasenda’s “Dare” I hear?), a salve to the abrasive maelstrom of skittish, techno ripples. The tinny mechanical beats of “H2O” abate to bright chimes, adding some dimension before once again succumbing to its crunchy beats.

A wonderful curveball if there ever was one, a far more palatable reprieve for the aforementioned “weak” and wholly surprising. There’s 80s, there’s 90s, there’s country, there’s synth.

A dreamy reprieve from the disc before, “Gold Leaf”’s understated melodies are wound around retro synth, abating to a gurning metal-inspired friction (I listen to this, and I think of the colourfully riotous 2018 horror Mandy). The longing vocal melodies of “Drink Blood” steer through its pulse, decorated with the tumultuous squirms of tugged heartstrings.

“Being Harsh” is the first hint of Cook’s love of Smashing Pumpkins, its lowkey acoustics grasping at a country twang whilst the vocal grips to a Billy Corgan murmur. as impressions go, it’s a stellar one. “Undying” too dips into that 90s indie fuzz, as does the moody cover of “Beetlebum”, filtered through a blurry (geddit?) screen before being unceremoniously with crunchy, abrasive electronics.

What do you picture when you read the word “supersaw”? Pain? Violence? Chainsaw gore? With that in mind, the ominous intro to “Mad Max” is as foreboding as you’d imagine, even when it rises to pure, encompassing trance. At times closer to an orchestral composition, its eerie whirrs give the track a filmic atmosphere and a coercive anxiety that can be felt in your chest.

“Illuminated Biker Gang” is equally as interesting, its clattering industrial tones partaking in a violent dance-off with sickly sweet synths; a Sugar vs. Salt battle of the palette that slowly calms to a peaceful treaty. “Overheim” makes good on the best bits of the two; again inviting in its science fiction atmospherics, its otherworldly awe establishes a world-building soundscape akin to Blade Runner or Interstellar.

Opener “Oracle” feels a bit too much like a classy reflection of a throwback polyphonic ringtone, but fortunately the bass and vocal kick in and are met with a catchy vocal melody to even out the tone. The autotune vocal of “Windows” carries an intimate melancholy in its bittersweet keys and 80s atmosphere before flipping into a hopeful glee.

Whilst there are some stunning moments here, tracks like wild interlude “Waldhammer” straddle the space between a frivolous experimentation of all the buttons on a Casio keyboard and the scene-setting analogue of an RPG soundtrack. The increasing speed of “Polyphloisboisterous” similarly feels like a slow descent into insanity before the thumping bass hits and you realise you’re already there.

More than anything, it is the classical tone of the piano that is at too much an odds with the otherwise modern elements; there are times where one may wonder whether they in fact being trolled.

Things begin in quite the restrained manner (yes, that is a lucid cover of Taylor Swift’s “The Best Day”) - before you hit “Triptych Demon”. A three-way audial assault (one may say, “demonic”), it’s clattering is all-encompassing and relentless. In fact, it reminds me of a drum’n’bass rave I once went to in a warehouse on the Brighton sea front where daylight doesn’t enter and time has no meaning.

And there’s a cover of Charli XCX’s “Official”, a sleeper hit from her third album Charli. Still largely minimal in production, Cook’s interpretation develops a rich synth tone that swells and builds nicely, as does the gleeful showcase of “Life Speed” and its unbridled sounds of all varieties; stomping beats, four-to-the-floor thumps, bubbling tribal, buzzing synth - the lot.

Using vocal phrases and samples as the root of the songs, Spoken Word is perhaps the most ambitious of the collection. The bubbling fizz of “Could It Be” is cyclical sample that captures the chemical reaction of a soda liberated from its bottle. The crunchy static of “Green Beauty” conjures an intergalactic transmission just out of range, with the ambient dream of “Hold On” also feeling as if a message from the sky.

There’s a fun pitstop for a cover of The Strokes’ “The End Has No End”, its spritely bops feeling reminiscent of Pulp, and its semi-obscured vocal and midway garble being like a 22nd century robot doing a Julian Casablancas impression at a karaoke bar.

Ahh, Billy’s back, this great cover of “Today” confirming that suspected Smashing Pumpkins stanning. Cook’s vocal twists from childlike to ominous gurn that creates quite the creepy atmosphere. It’s quickly followed by a cover of Sia’s “Chandelier” featuring Caroline Polachek, a turn that is undeniably odd. Toy box chimes create an eerie vibe before the lush '80s beat kicks in, yet its vocal wails are reminiscent of a YouTube shred, a weird showreel of melodramatic range.

There is an undeniable hit of “Show Me What” featuring Cecile Believe, its catchy melodies and fun beats reminiscent of 00s bluetooth garage tunes - but with a dance edge, whilst at the other end of the spectrum is “Crimson and Clover”, a Frankenstein of grunge rock and punky rhythms playfully mimicked by synth.

Well done, you did it.

Even reading this review is quite the commitment. There is much joy to be found here, amidst many a question mark, but the compiling of a 49 track album with seven themes and this ratio of hit>miss is an achievement in itself - which says a lot for Cook’s skillset. You only get one debut album, but in many ways Cook has had several with his work with his PC Music alumni and affiliates. At this point, what does Cook have left to give? In this way 7G is a sieve through of his career to date and a blank slate for the future. As the vocal on Spoken Word’s “2021” cajoles, “Everything you do its been done done done before / Everything you say yeah you said that yesterday”. A liberating mantra if there ever was one.