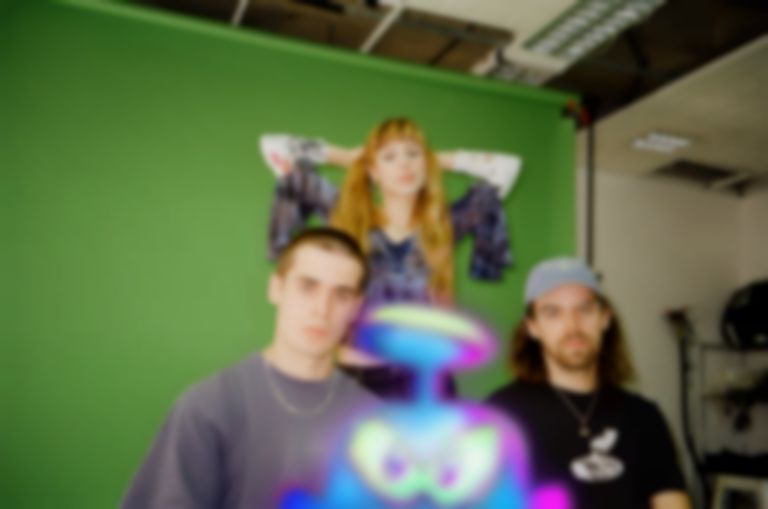 The next cut from their forthcoming debut EP, PC Music signings Planet 1999 return with the dreamy bubble-gum pop of new single “Party”.

Bestowed with a PC Music stamp of approval after joining the cult future pop label in the latter half of last year, Planet 1999 return with their new single “Party”. Following in the wake of their debut outing “Spell”, the new drop furthers the sound of the French born and bred and London-residing band.

Setting aside the more refrained tones of the previous slow burning ballad, “Party” dials up the energy with punchy drumbeats, lush electronics and the chimes of 90s synths. The dreamy landscape of their shoegaze-meets-bubblegum-pop sound is as ethereal as it is infectious, offset by partially obscured vocals and an audible digital naivety. It is the band’s ode to “taking a break from a party to go outside and look at the stars”.

Accompanied with a Y2K visual, the piece sees the band navigate their 3D world with cameos from PC Music head A. G. Cook and Planet 1999’s own mascot Zippy. “We wanted to make a video that felt as cool and surreal as the song,” explains the video’s director Aidan Zamiri. “I think it’s the perfect starting point to enter the world of Planet 1999”.

“Party” is available now via PC Music, with the forthcoming debut EP to be released 6 March. Follow Planet 1999 on Instagram.