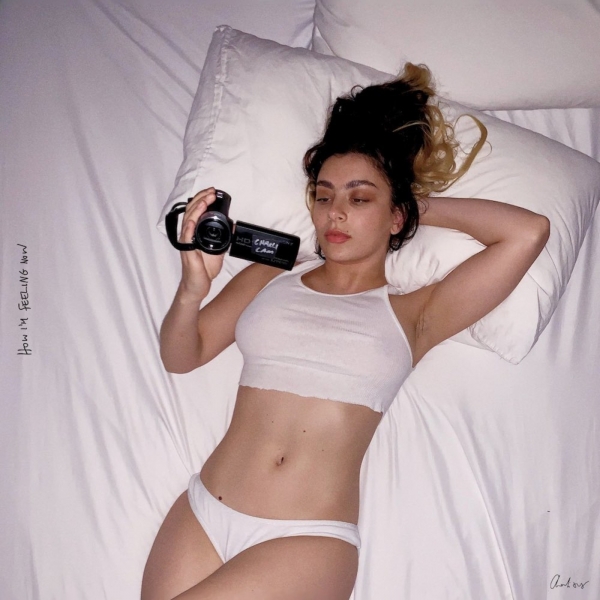 Never missing an opportunity, the prolific singer, songwriter and producer Charli XCX’s new record How I’m Feeling Now takes up the mantel for the first album from a major artist to be made entirely in quarantine during the COVID-19 pandemic.

With its origins as a wacky idea borne from the singer’s mind, the record is an incredible reality centred completely on Charli’s natural abilities and sets the standard for all records to come from this period.

First announced on April 16th the project is a result of 38 days of hyper-focused hard work and collaboration with her fans, and more impressively, an authentic throwback to the futurist-electro-pop sound of her past.

Opening with the strong sound of “pink diamond”, an unexpected collection of loud beats, lacerating chords and shouty lyrics, the jarring tactic of how i’m feeling now starts immediately with juxtaposing laid-back repetitive melody of following track “Forever” kicks in; the simplistic lyrics -“I’ll love you forever / even when we’re not together.”- reflecting what everyone is currently feeling in quarantine.

Honing into a vaster electronic soundscape, “claw” is a catchy, auto-tuned offering that gives way to the first highlight of the 11-track album, the pop-leaning “7 years” which blends Charli’s husky vocals with a hazy, synth-infused sound. Delivering one stand-out after another, soon comes the artfully-done vocal manipulation and sweet bubble gum-pop track “detonate”. Charli proves her incredible range going from the grit of “pink Diamond” to the earworm melody of “enemy”; the record is particularly note-worthy as it hinges completely on Charli’s own talent and potential, with none of the sleepover-esque features that her previous outings boasted.

The record surges from the prior slow stylings to a faster pace with the new-wave tinged “i finally understand”, and uber-autotuned, pulsating setting of “c2.0”. Following comes the soaring “Party 4 U” which is a banger fit for a quarantine Zoom dance party, particularly as the repetitive, anthemic chorus “party on you” builds to an incredible crescendo. The tail-end comes in the form of well-named “Anthems”, which makes use of rhythmic synths to deliver a resounding bop that keeps absolutely true to its name.

Finally, “visions” puts the emphasis on Charli’s bold, clear vocals before building steadily towards a heavily electro-influenced soundscape to a deafening, high-energy finish that leaves you feeling motivated to be productive with your own quarantine – even if it’s not on the level of making an entire album in just over a month.

how i’m feeling now is imperfect in terms of its variety and musicality, relying more on software and less on vocals or lyricism. In essence, the album is a collection of mechanical cacophony tempered at opportune times by Charli’s melodic touch.

Wholly a spontaneous offering, entirely DIY in production, and made from the creative confines of whatever was available to the singer in self-isolation; Charli XCX has proved that music really can be made anywhere, with anything, during a period where the world is on pause, and still sounds like the future is hers to play with.