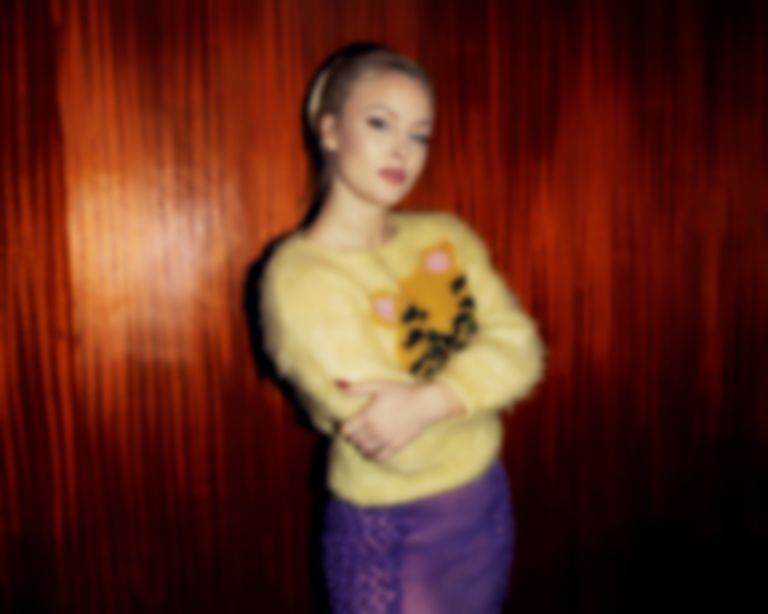 Swedish singer Zara Larsson has teamed up with Young Thug for her first single of the year "Talk About Love".

After teasing the new single throughout the week, Larsson has unveiled her first outing of 2021, which also marks her first collaboration with Young Thug.

The new single follows on from her "Love Me Land" single that landed in July last year, and features production from Mike Sabath (Lizzo, Selena Gomez, Little Mix).

Larsson says of the new release, ""Talk About Love" is about that phase before two people work out what they are to one another. That specific window is so beautiful and fragile, as soon as you start asking 'are we doing this?' or 'how do *you* feel?', for some people that ruins the magic. "Talk About Love" is savouring that moment before you have to decide."

Last year Larsson did reveal that her second album will be titled Poster Girl. Larsson is yet to share a tracklist for the album, which will follow her 2017 debut LP So Good.

Zara Larsson's new single "Talk About Love" featuring Young Thug is out now. Her Poster Girl album will be released 5 March via Black Butter, and is available to pre-order now.