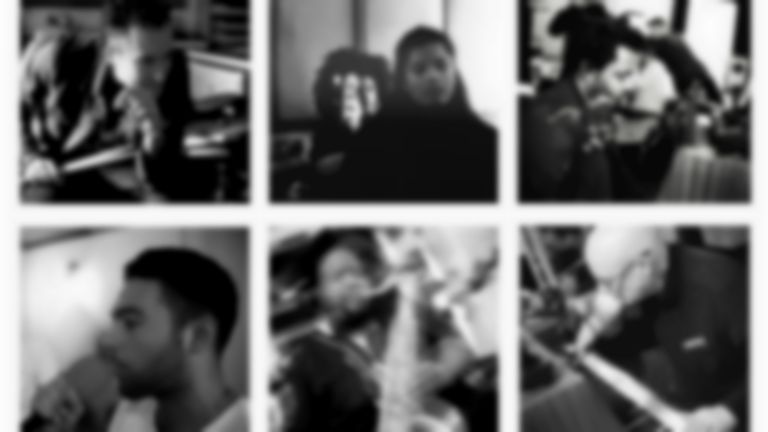 Richard Russell (founder of XL Recordings) has announced his debut album Everything Is Recorded, and it features a lot of famous faces.

The track links up with "Mountain Of Gold", "Close But Not Quite", and "Show Love" to preview the heavily collaborative LP. Everything Is Recorded was recorded at Russell's own Copper House studio in London.

As well as the album details, Russell has detailed a "major site-specific installation on two floors at the abandoned Savoy Cinema in Dalston, East London." This will feature a free exhibition of video artworks made in collaboration with Toby Ziegler, as well as the Everything Is Recorded collective's debut live show (with Sampha, Ibeya, Warren Ellis, Obongjayar, Rachel Zeffira, Infinite, and more joining Russell) on 15 February. There will also be open live rehearsals the public can visist, as well as live broadcasts with NTS Radio. Find out more.

Everything Is Recorded is out 16 February via XL Recordings.