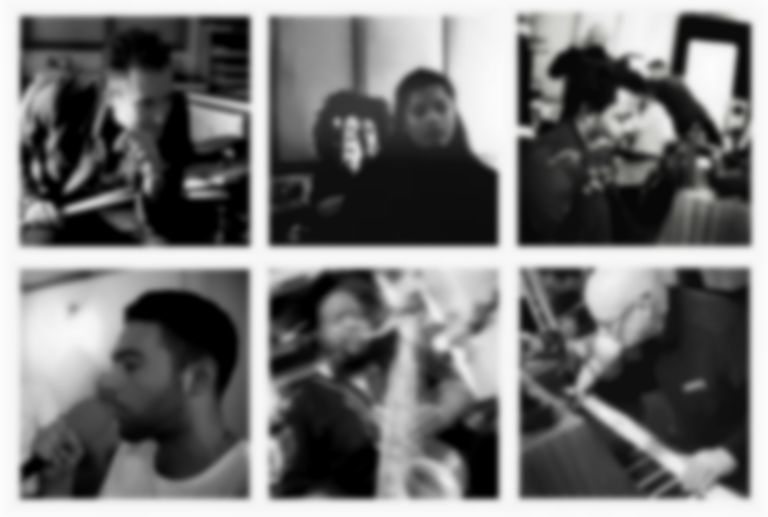 XL Recordings boss Richard Russell has assembled some of the label's most exciting talents for Everything Is Recorded, a "collaborative artist project".

London pianist/producer Sampha, French-Cuban folk twins Ibeyi, NYC rapper Wiki, sax great Kamasi Washington, and Russell (a producer in his own right with credits on records by Damon Albarn, Bobby Womack, Gil Scott-Heron, and more) have joined forces as part of a supergroup of sorts for "Mountains Of Gold", which comes with a Nick Walker-directed video featuring a range of guest stars (including Quincy Jones).

"'Mountains of Gold' is sound system inspired, you can hear a lot of strong and different personalities and voices in the one song, but the feeling is consistent. Everyone has plenty of space..." explains Russell.

The single, recorded at Russell's Copper House studio, is the follow up to Everything Is Recorded's Close But Not Quite EP, which had input from Sampha, Giggs, Obongjayar, Tic, Warren Ellis, Infinite, Mela Murder, Green Gartside, and Baluji Shrivastav.

"Mountain Of Gold" is out now. A vinyl edition featuring an exclusive B-side is also available.