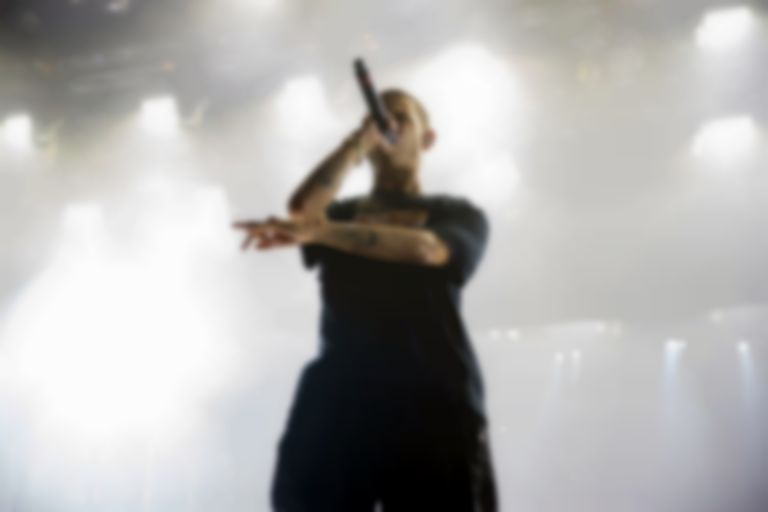 Earlier this month, slowthai was criticised for his behaviour at the NME Awards, resulting in him asking for his Hero of the Year award to be forwarded on to host Katherine Ryan.

His actions also resulted in him being withdrawn from being ambassador for this year's Record Store Day in April.

Yesterday (23 February) on Twitter, the Nothing Great About Britain rapper uploaded a post about his experience with ADHD, "I often laugh when I feel anxious, this awkward laughter, only shows how uncomfortable I feel," writes slowthai, real name Tyron Frampton. "I've always been socially awkward and found it hard to articulate to people how I truly feel, often lie."

He adds, "Sometimes it’s harder to stay quiet than force conversation and it makes my skin crawl. I build myself up from pieces of other people and when I look in the mirror I shiver ’cause I feel like I’m wearing someone else’s skin."

slowthai goes on to reveal that he's "never felt happy" on his own, which has caused him to "have a dependency". Frampton reveals the dependency is the "need to feel loved or made to feel as if I should be loved."

Frampton adds, "I've never known what's best for me. And I never felt content with the life I lead. I think about the end every night. But I'm too afraid to say goodbye."

Closing his statement, slowthai writes, "ADHD all I want is your undivided attention. The what ifs. I’m selfish and I never cared for sharing. If I was gone would they remember me and would they hurt as I hurt. I’m trying to learn to confine [confide] in myself cause I can’t explain why I feel these things. Even though I laugh, I ask what’s funny."