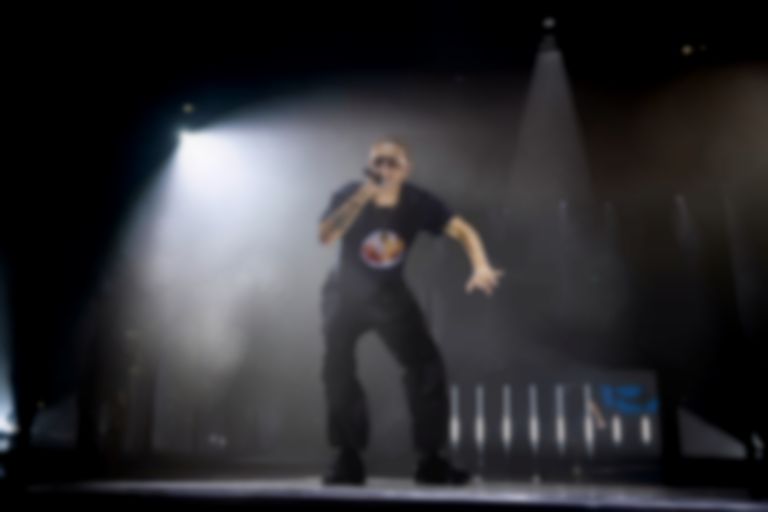 slowthai's actions at last night's NME Awards have resulted in him losing out on the chance of being the ambassador for this year's Record Store Day UK.

The Nothing Great About Britain rapper made a couple of weird comments to host Katherine Ryan while accepting his Hero of The Year award at last night's NME Awards, and responded to hecklers in the crowd by throwing his microphone and a glass of champagne at them.

He has since apologised on Twitter today (13 February), and asked NME to "forward my award to Katherine Ryan for she is the hero of the year." He added, "I want to unreservedly apologise, there is no excuse and I am sorry. I am not a hero."

slowthai's actions have resulted in a consequence, as record Store Day UK have announced that they're withdrawing their invitation to slowthai to be the ambassador for this year's event.

BBC Newsbeat reporter posted a screenshot of the statement on Twitter, which reads: "The individual record shops who organise Record Store Day have spoken this morning and have unanimously agreed that slowthai's behaviour and statements do not reflect their values or those of Record Store Day."

The statement adds, "On that basis we have withdrawn our invitation for slowthai to be this year's Record Store Day ambassador and he will not be appearing at our 5th March event. We will come back to you shortly with revised details of this curtain raiser to Record Store Day 2020."

The team at @RSDUK has cancelled their plans for Slowthai to be this year's Record Store Day ambassador following last night's #NMEAwards2020 pic.twitter.com/D1V67IjIN6

Skybet were reportedly offering odds on how slowthai will issue an apology for the night's events.