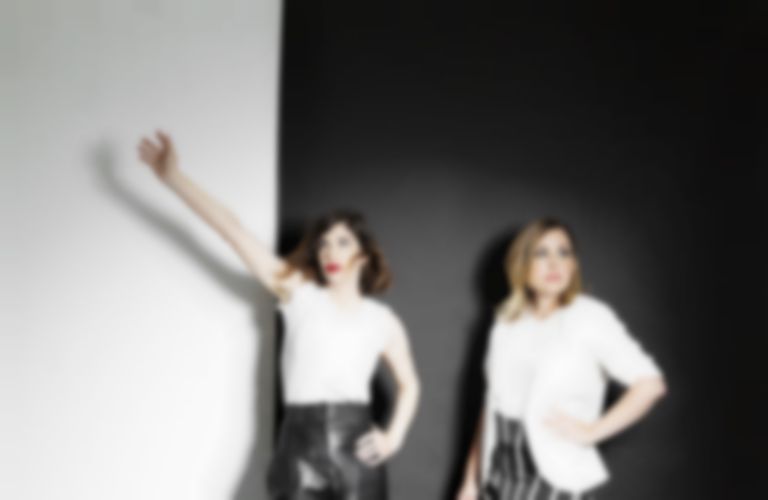 Sleater-Kinney have shared new single "Can I Go On" from their highly-anticipated album The Center Won't Hold.

The duo's new single follows on from previous singles "The Center Won't Hold", "The Future Is Here", and "Hurry On Home".

Guitarist and vocalist Carrie Brownstein says of the new single "Sell our rage, buy and trade, but we still cry for free every day...… maybe I’m not sure I wanna go on at all. In this song, a woman's desire is used against her, so she turns it into a sinister infectiousness. The narrator finds herself on the brink of self-annihilation, grappling with the paradox of an internal darkness at odds with the pressure to outwardly perform modes of joy, relatability, and likability."

"Can I Go On" is the second single to be released by Sleater-Kinney since their drummer Janet Weiss announced her departure from the band.

The Center Won't Hold is produced by St. Vincent, and yesterday (30 July) they revealed that the record is partly inspired by Rihanna's "Stay".