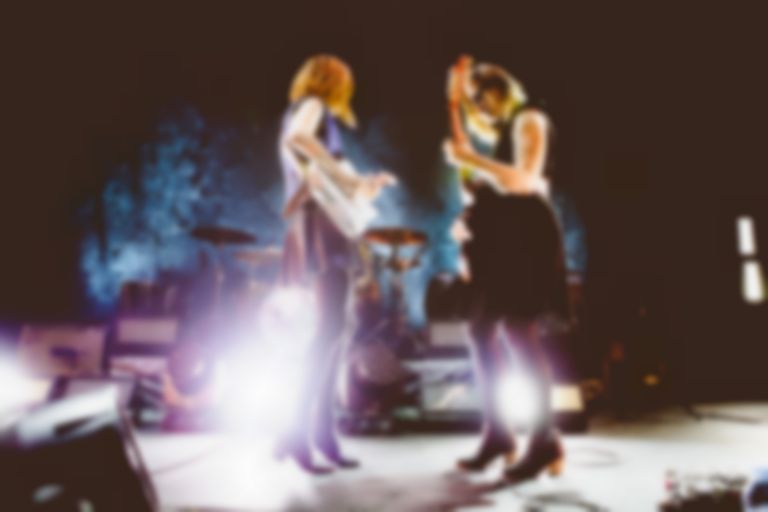 Sleater-Kinney are still on track to release their new album The Center Won't Hold, despite their longtime drummer Janet Weiss announcing her departure from the group earlier this month due to the group "heading in a new direction."

In a new interview with The Guardian, remaining members Carrie Brownstein and Corin Tucker revealed that Weiss came up with the idea to get St. Vincent on board.

Brownstein and Tucker also revealed that they were driving around listening to Rihanna's "Stay", which spurred on Brownstein's urge to write a song like it. The finished track inspired by "Stay" is titled "Broken", and is dedicated to Christine Blasey Ford, the woman who alleged that Brett Kavanaugh, an Associate Justice of the Supreme Court of the United States, assaulted her back in 1982.

Sleater-Kinney's new record was also inspired by a TV pilot that wasn't picked up. The pilot was due to be a fictionalised take on Brownstein's own memoir Hunger Makes Me A Modern Girl, but after it wasn't picked up, Brownstein said, "I was like, why am I examining music through a historical lens? My relationship to music is right now. That’s more important to me."