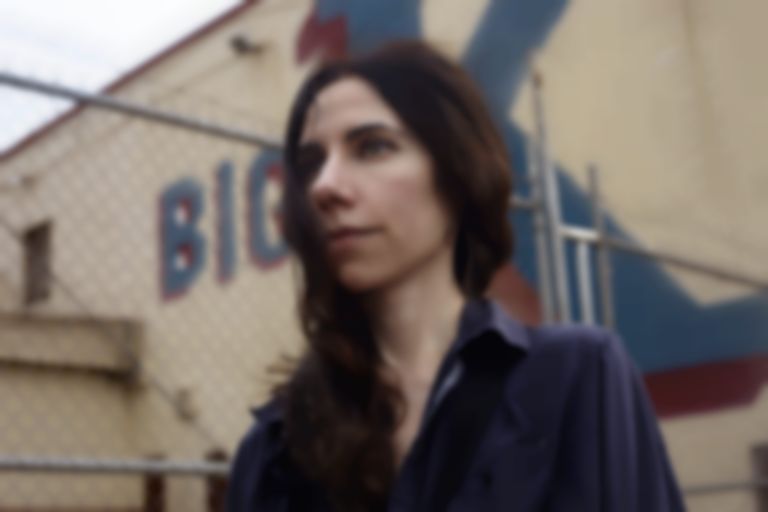 PJ Harvey has joined up with Egyptian musician Ramy Essam to share new single and video "The Camp".

The track has been released to help "raise awareness and much needed support towards the health and educational well-being of displaced children in the Bekaa Valley of Lebanon." It was recorded in Bristol with Harvey's frequent collaborator John Parish.

"She is a humble person and true artist that I only could dream to even meet - and now I’m singing with her for this important cause, for humanity," says Essam of the collaboration. "It was an honour to work with PJ Harvey, and I found it so inspiring. It gave me a chance to live my dream for a while."

"When Polly and Ramy asked me to help provide some of the visuals for 'The Camp', I had no difficulty in deciding what photographs we should use," says photojournalist Giles Duley. "In my work I have documented the effects of conflict and humanitarian disaster across the world, but little has had greater impact on me than the human drama I witnessed on the island of Lesvos in 2015. I thought I had seen it all, but I can honestly say I have never been so overwhelmed as by the human drama that I watched unfolding on those beaches. Its sheer scale was hard to comprehend; the lack of response impossible to explain or excuse. So it is those images from the beaches, and the refugees’ journey from Greece to Germany that we used in the video for 'The Camp'."

This new offering is the latest in a growing line of one-offs from Harvey, following "A Dog Called Money" and "Dance On The Mountain". Latest LP The Hope Six Demolition Project is out now.

"The Camp" is out 9 June. All net profits will be donated to the Beyond Association.