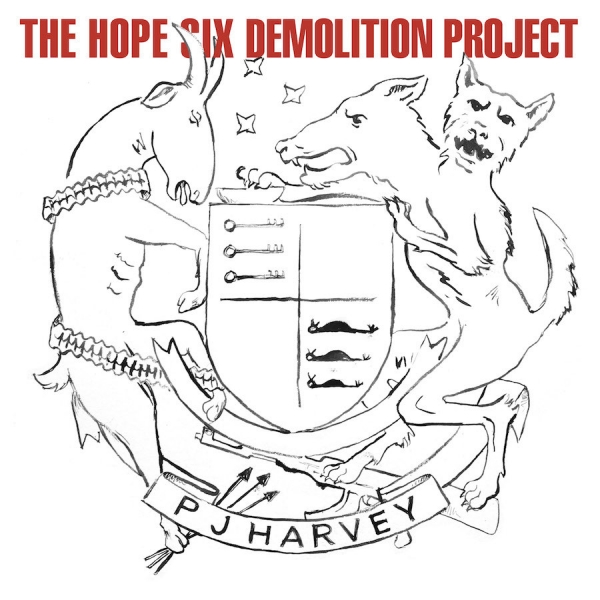 The real problem that social media’s caused rock music is that it’s stripped bands of that old-fashioned sense of enigma.

Averse as I am to faux-nostalgia, once upon a time a band would finish a tour cycle and that’d be that; until the next record was finished, you’d wouldn’t hear from them. What social media should do is provide the opportunity for bands to tease their fanbase - “what’s he building in there?” Blow-by-blow updates, if we’re honest, rather spoil the magic.

PJ Harvey is by a distance the most preternaturally gifted songwriter that the UK presently has, and she doesn’t have any kind of meaningful online presence. She casts a sharp enough eye on modern culture that we know she can’t be ignorant of the world wide web, but she continues to give the internet a wide berth anyway. On top of that, she hardly ever gives interviews these days, meaning that any analysis of The Hope Six Demolition Project will have to be tabled minus the artist’s own input.

Last time out, Harvey made Let England Shake, a sharp and often bruising reportage on Britain’s part in overseas warfare. Verbally, she kept things vague enough that it could hit home with anybody who’d either served in the military or been threatened with the prospect of having to do so, as well as the quietly-suffering public back home. This time out, she’s tackling the state that we’re in once again, but her scope is broader; poverty and social inequality are the targets, but there’s a specificity to her aims that robs the album of the unnerving intimacy that made Let England Shake so gripping.

In doing so, Harvey’s produced a genuinely enthralling piece of work. Unlike last time, this isn’t a mood piece; The Hope Six Demolition Project is a rock record, so inevitably there’s rambunctious guitar work and thumping percussion and - most importantly - some freewheeling vocal takes. On Let England Shake, Harvey so often sounded like some benevolent, sorrowful spectre, mournfully filling us in on the agony of the battlefield. That high register’s been dispatched with this time around; it’s worth remembering that Harvey cut this record at Somerset House in the centre of London and charged people to come and watch her do so. She doesn’t strike me as somebody easily given to cashing in, so presumably she felt that that lent some kind of edge to the creative process.

And there’s definitely a verve, a thrust, a touch of real purpose about The Hope Six Demolition Project that elevates it beyond just being a vehicle for another clutch of PJ Harvey songs. If you’ve been keeping an eye on the music press, you’ll know that she went out to Washington D.C. to observe the slow erosion of public services out there that would ultimately inspire this LP. That sounds terribly indulgent and, maybe, a little gauche and vulgar from a woman well removed from the situation, and genuinely comfortable in her own life, but when you hear how Harvey works these ideas into her songwriting, you understand what a brilliant medium she provides. “The Wheel” is so pointed that it’s almost vicious, all chiming guitars and dead-accurate commentary. Album opener “The Community of Hope” eviscerates America’s supposed programme of social progressivism, painting a bleak picture of the ghettos that social housing initiatives have produced.

Harvey went all over the world researching subject matter for this album and the real triumph is that she managed to channel all of the inevitable anger and disenfranchisement into what sounds like a straightforward guitar-driven affair; there’s none of the weird, floaty pop of Let England Shake or the unabashed experimentation of White Chalk. Instead, we’re left with an album that hides behind the idea of specificity - the title and the lyrical content certainly want you to believe as such - but that ultimately provides a ferocious observation of our lopsided society. It’s also the best out-and-out rock record that Harvey’s made since Uh Huh Her. What would we do without her?