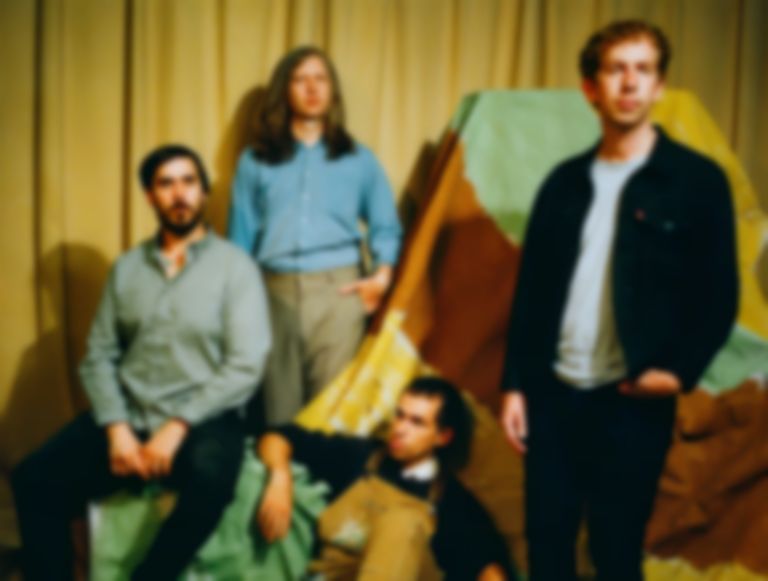 Parquet Courts are back with the official announcement of their upcoming album Sympathy For Life, and have unveiled the opening track "Walking At A Downtown Pace" as the lead outing.

"Walking At A Downtown Pace" is the first official single from Sympathy For Life, and arrives after the band previewed the song with four other new ones at their first show since the pandemic in Jersey City last weekend.

Sympathy For Life, which was originally announced on Dr Rob's Remedy radio show in June, will follow Parquet Courts' 2018 album Wide Awake!, and was created from improvised jams.

Co-frontman Austin Brown says, "Wide Awake! was a record you could put on at a party. Sympathy For Life is influenced by the party itself."

"Most of the songs were created by taking long improvisations and moulding them through our own editing," Brown continues. "The biggest asset we have as artists is the band. After 10 years together, our greatest instrument is each other. The purest expression of Parquet Courts is when we are improvising."

"Walking At A Downtown Pace" is out now. Parquet Courts' Sympathy For Life album will arrive 22 October via Rough Trade Records, and is available to pre-order now.